At 7.30 in the morning we arrived to Tbilisi train station from Batumi, boarded the bus, which was heading downtown, and went in search of the hotel. You remember that we were coming up with all of our routes on the go. But we were very lucky, because In Georgia, we met only good people who were willing to help.

We settled at the hotel, just across the bridge from the temple Metechi. And when we went for a walk, we realized how convenient was this location.

Next we went to explore the sights of Tbilisi, namely we crossed the river Mtkvari on the bridge on the side of the temple Metekhi and crossed by a cable car to the fortress Narikala. Originally, a fortress was called Shuris-Ciche, which translates as “enviable fortress”, but during the Mongol invasion it was named the Naryn Kala (from Mongolian – “small fortress”). Many times the enemies of the Georgian people have tried to destroy it, but they failed. So now tourists can come and look at the remaining walls of the fortress. 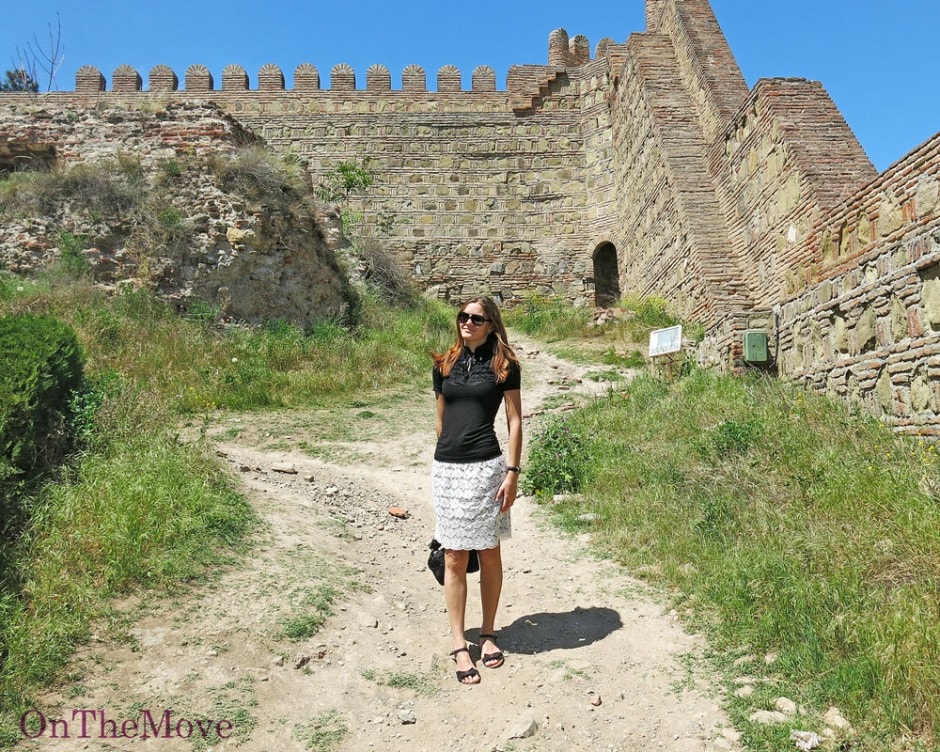 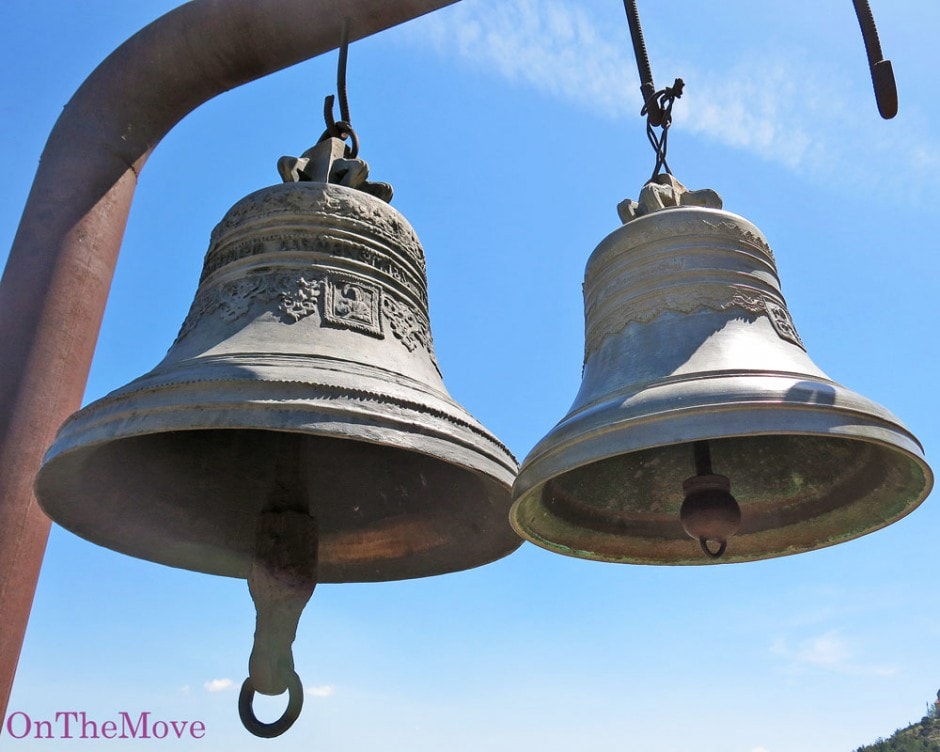 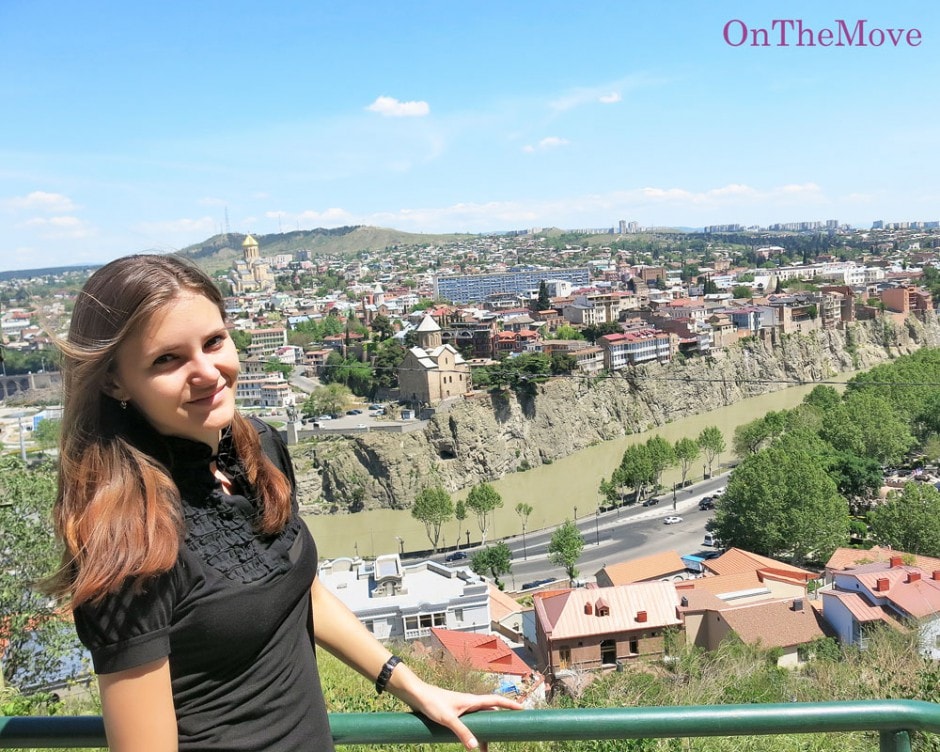 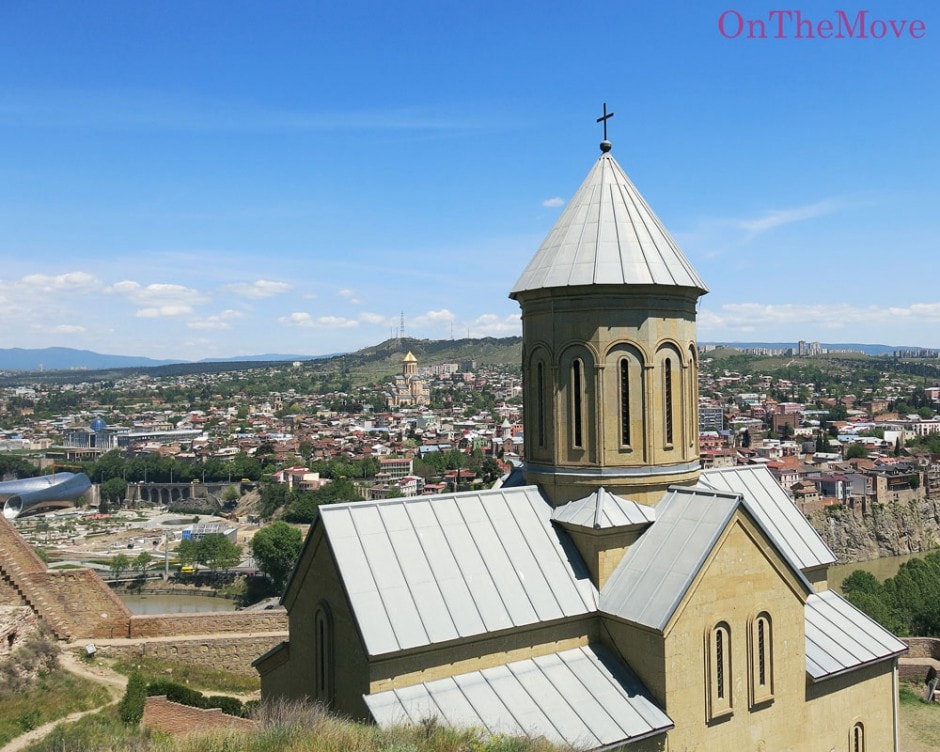 The view from the mountains, where Narikala is located, is simply stunning. The whole panorama of Tbilisi opens from there. A monument to the Mother of Kartli is also near the castle. 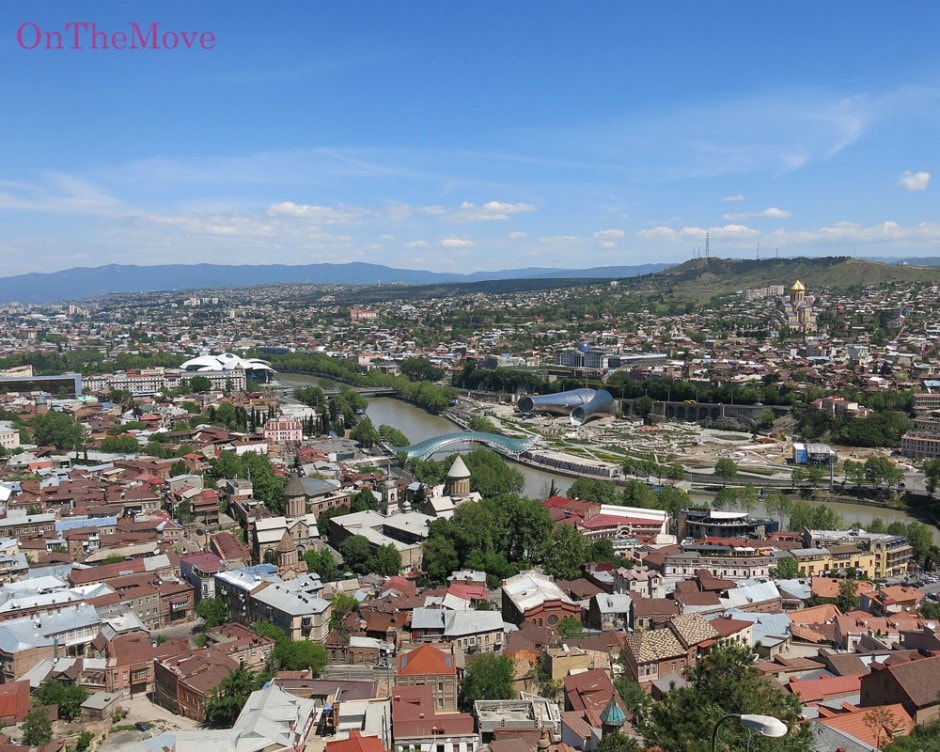 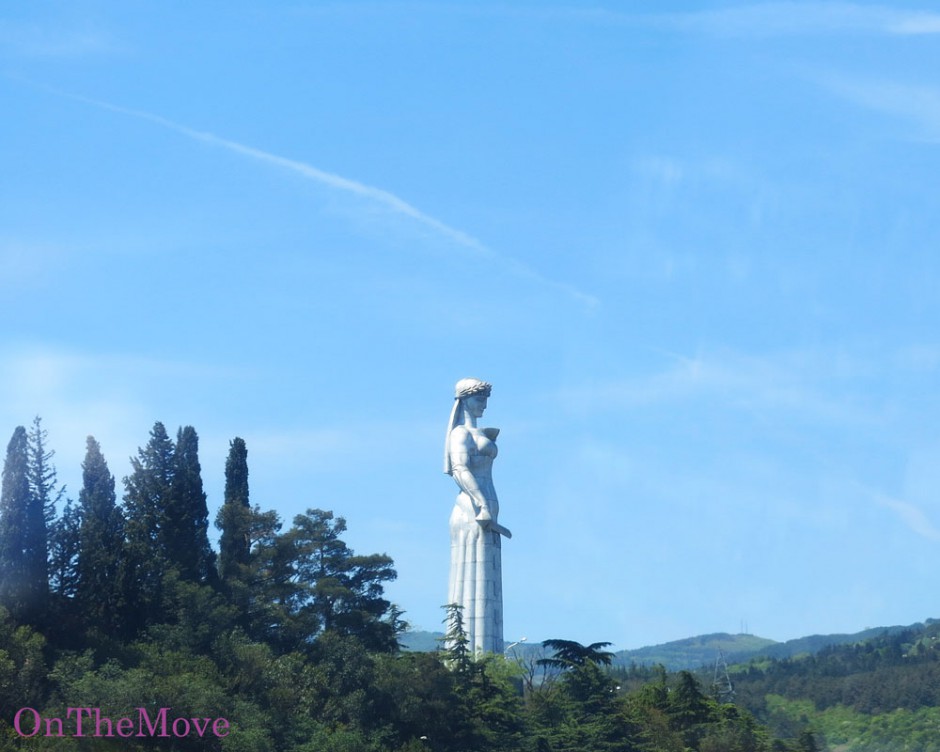 Nearby are the ancient baths, where, according to rumors, bathed Pushkin. 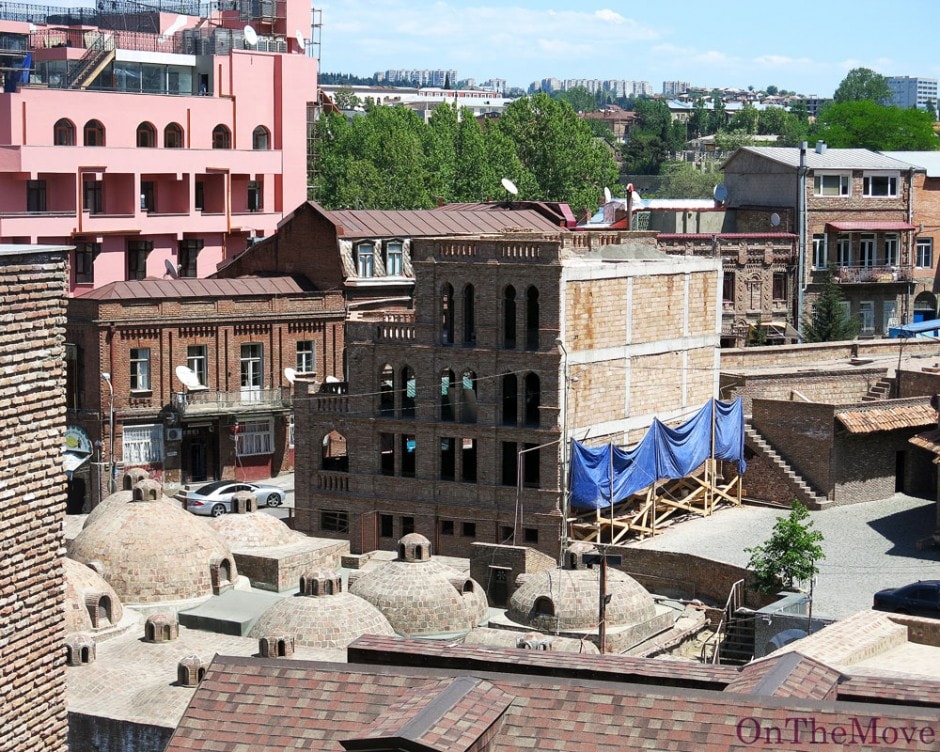 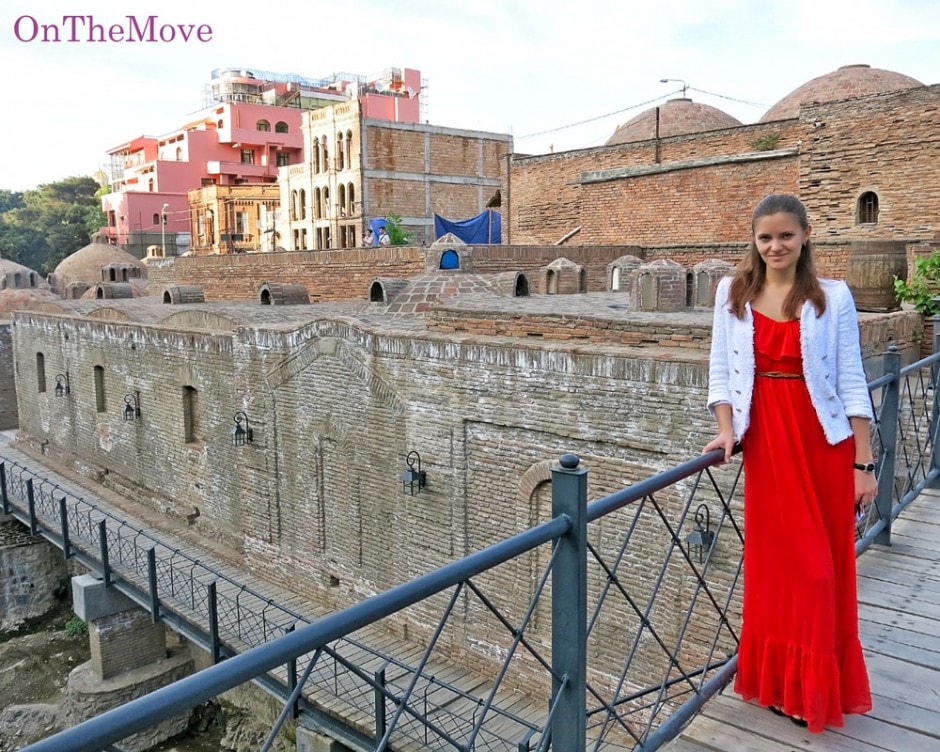 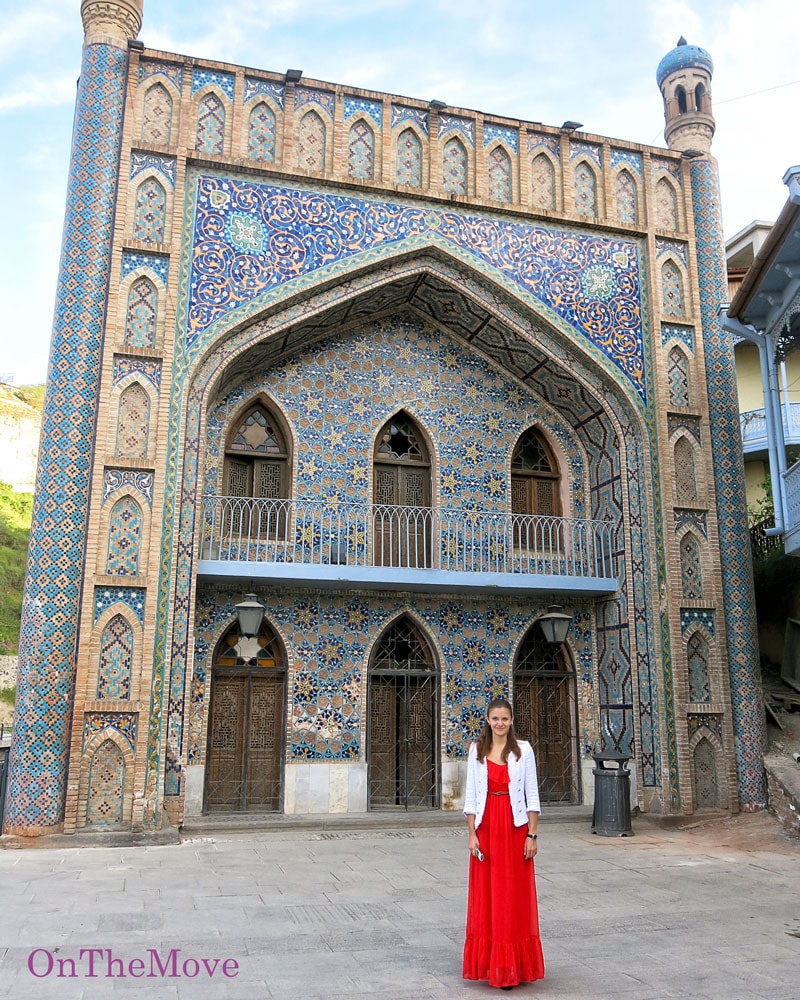 Then we ordered a taxi and went to Mtskheta. This is an ancient capital of Georgia, founded in the 1st century BC, where Christianity was proclaimed the state religion in 337. Cultural monuments in the region are under the protection of UNESCO. The first and main church in Georgia Svetitskhoveli, whose name is traditionally translated as “life-giving pillar” is on the territory of Mtskheta. The temple in its present form has existed since 1010. Svetitskhoveli always been the burial place of Georgian kings and nobles, so their tombstones are located there. 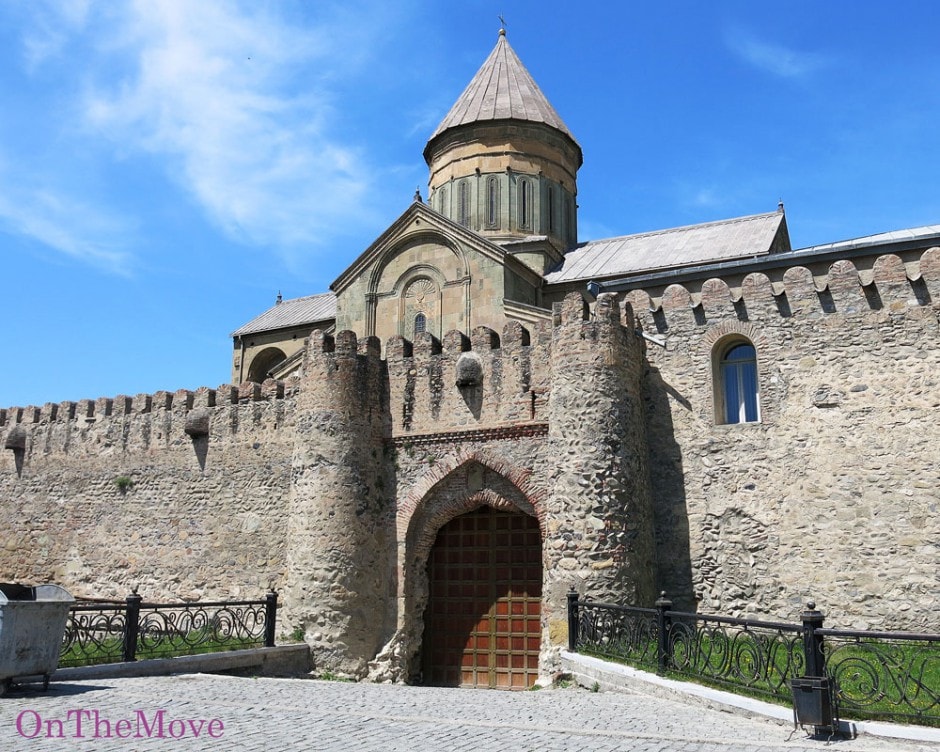 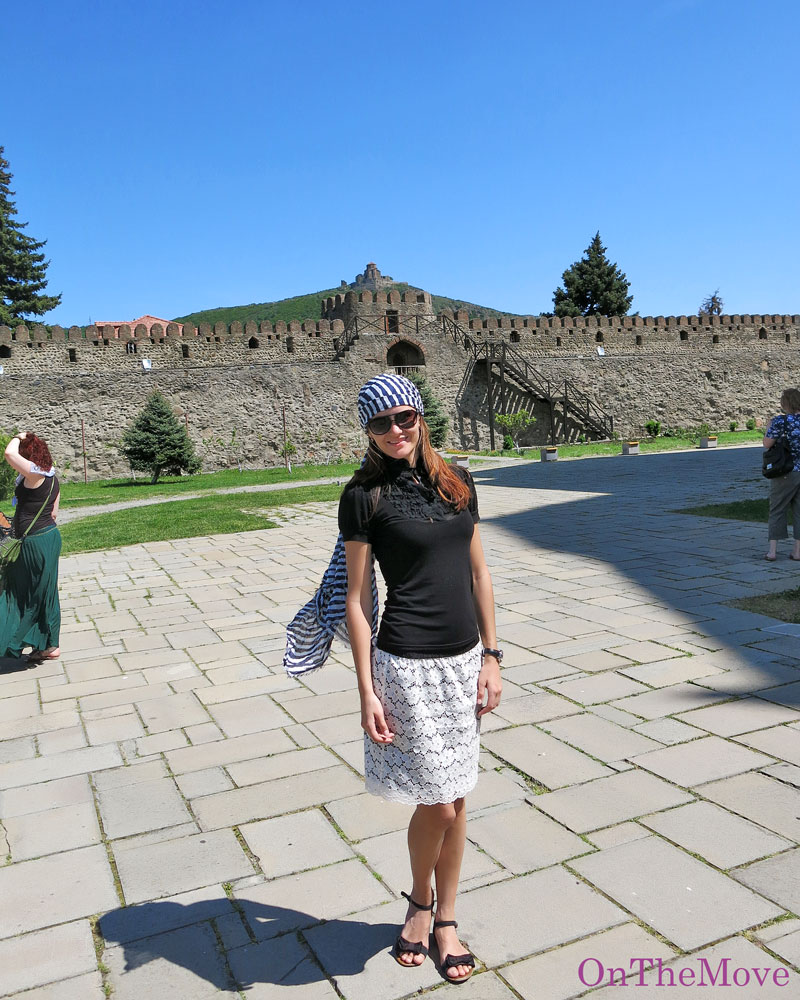 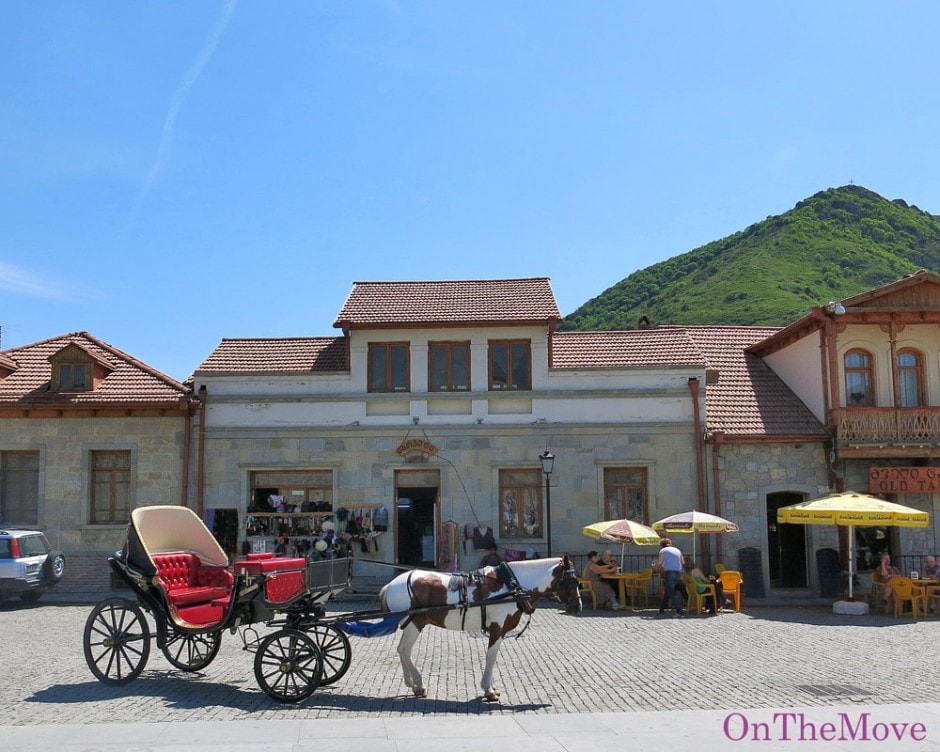 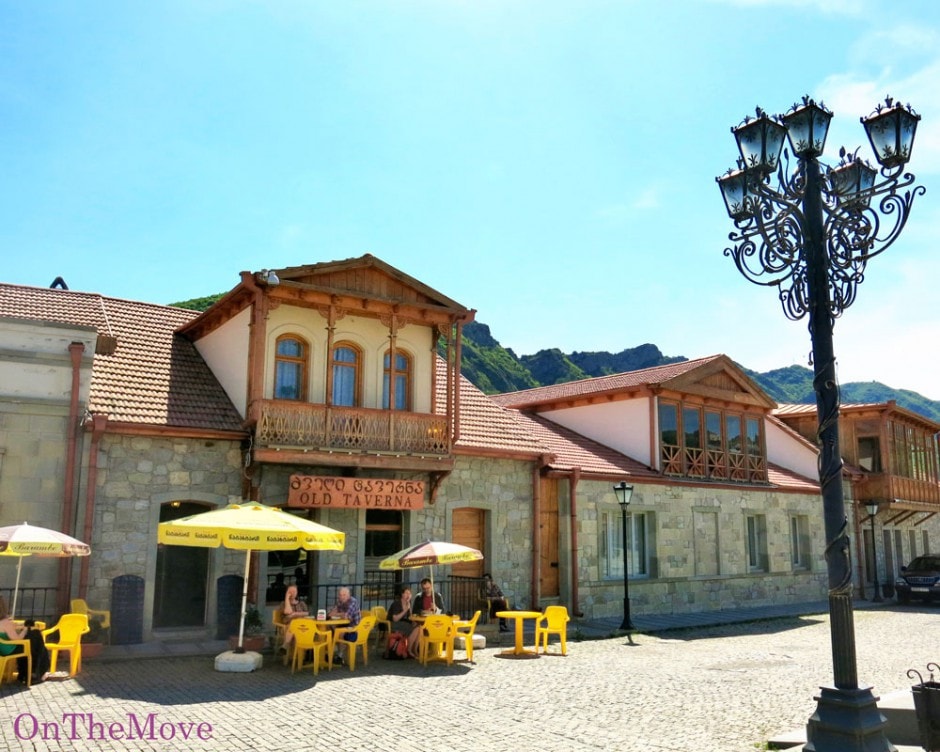 After rising to the top of the mountain, we were at the Georgian monastery and Jvari Church (from the Georgian – “cross”), where at the beginning of the IV century educator Georgia St. Nino and the first Christian King Mirian erected a large wooden cross. 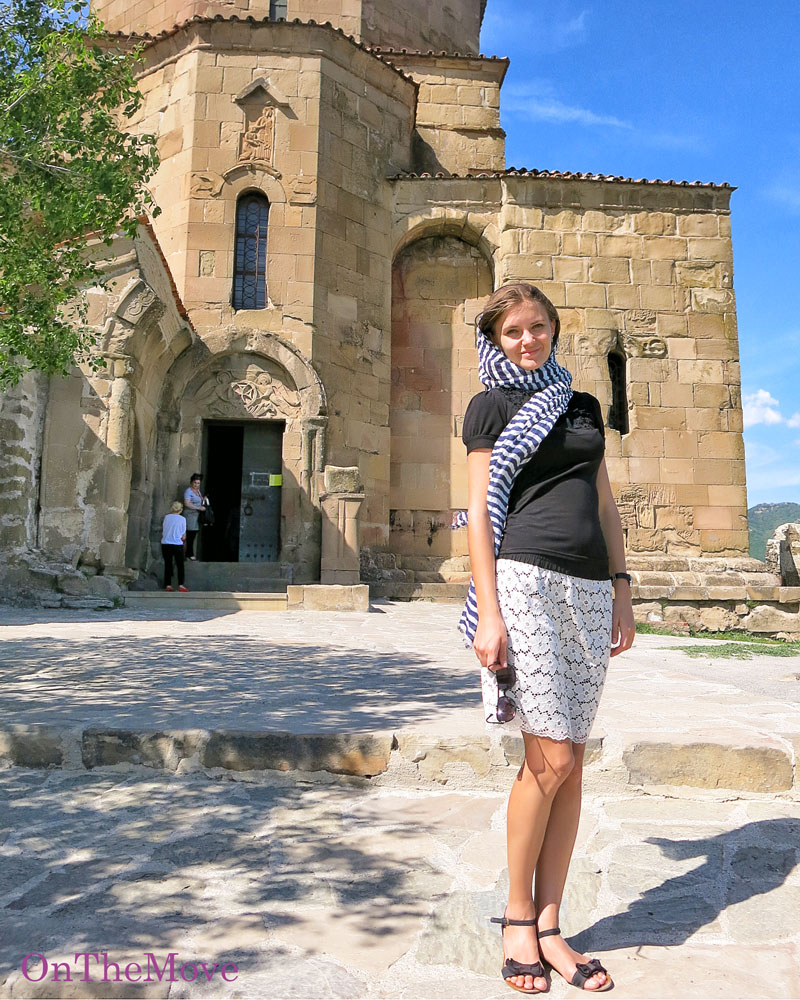 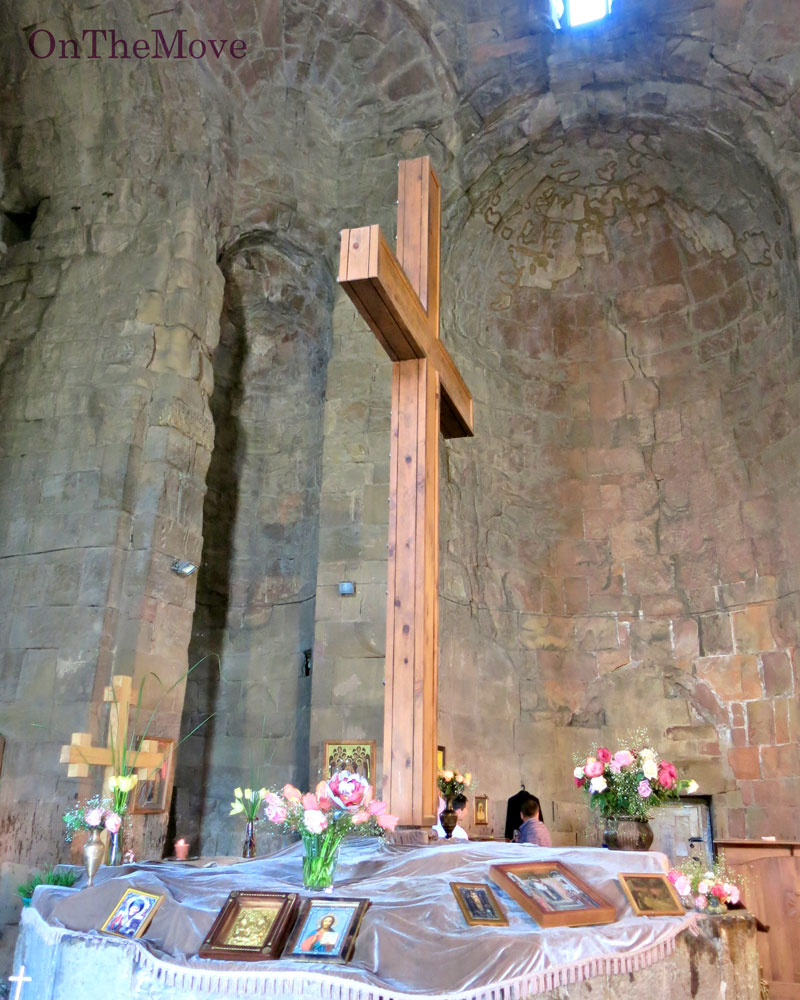 From the top of the mountain, you can observe the confluence of the rivers Kura and Aragvi, which was mentioned by Shota Rustaveli in his work “The Knight in the Panther’s Skin”. 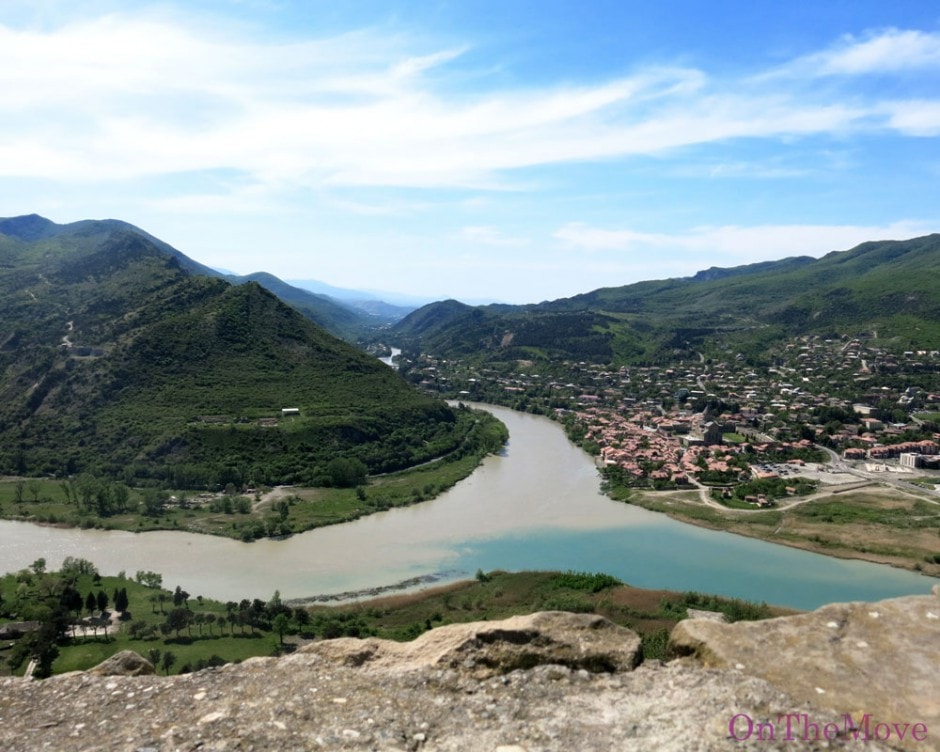 After visiting the holy places, we arrived at the hotel to change and went for an evening stroll around Tbilisi. 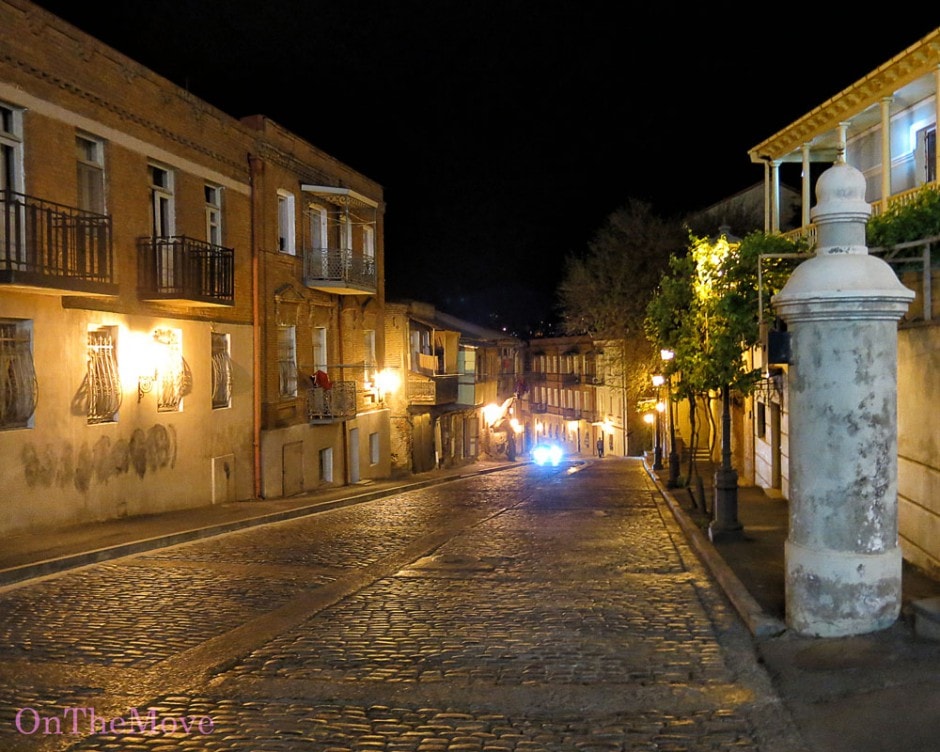 Of course, we could not ignore the Bridge of Peace, which connects the historical and modern Tbilisi. Bridge of Peace is one of the new large-scale buildings in the Georgian capital in the last few years. It was designed by Italian architect M.de Lucchi together with the French engineer illuminator F.Martino. At night, when 30,000 lights begins to flicker in the dark, the bridge is particularly attractive.

When we crossed the bridge, the two girls ran up to me and begged to be photographed with them. 🙂 Maybe they took me for some local star? At first, I was surprised by this, but then it was nice. I wore my beautiful dress not in vain, after all. 🙂 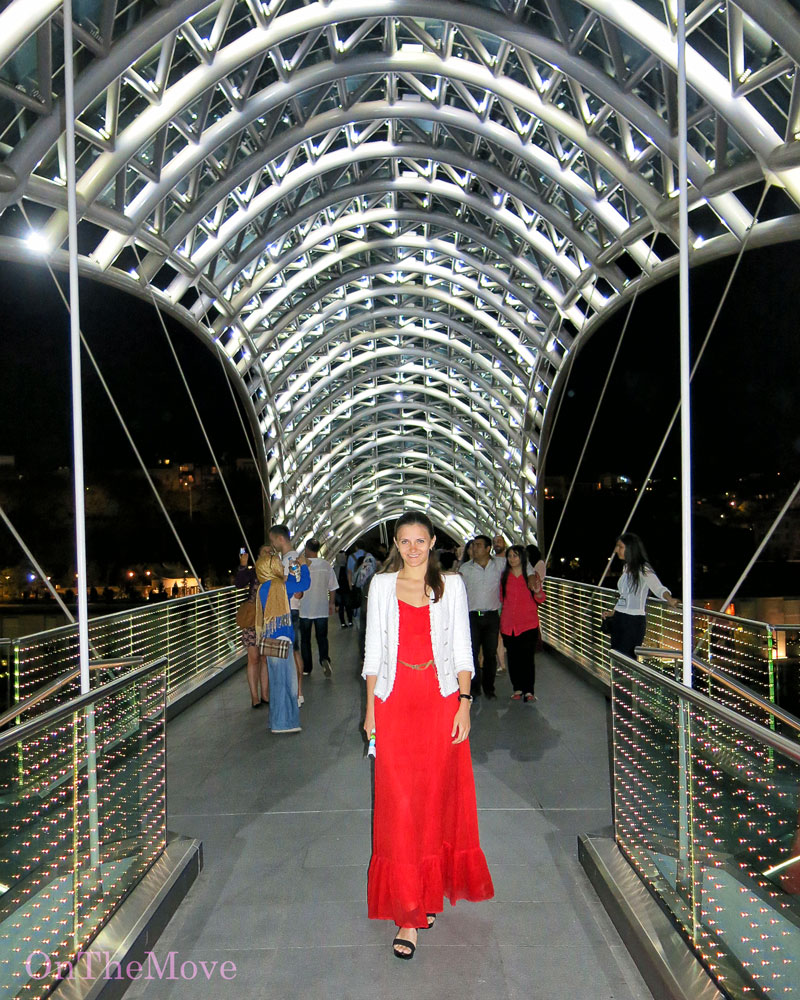 After passing the bridge, we were in a “modern” Tbilisi, where there were new buildings in the form of pipes. Locals say it will be the theater. Next to the tube is a beautiful fountain, which “dances” after the music. Having looked at all this beauty, we were headed to the main place in Tbilisi – the church Tsminda Sameba (Cathedral of the Holy Trinity). This is the main Cathedral of the Georgian Orthodox Church, located on the hill of St. Elias. It is the largest cathedral in Georgia. This is a peerless temple and the area around it is very well appointed and large. Accidentally, we got there on the night before Easter. Locals and visitors gathered to pray at the night service. It made a lasting impression. There were a lot of boys in national costumes – just those Georgians, Georgians … 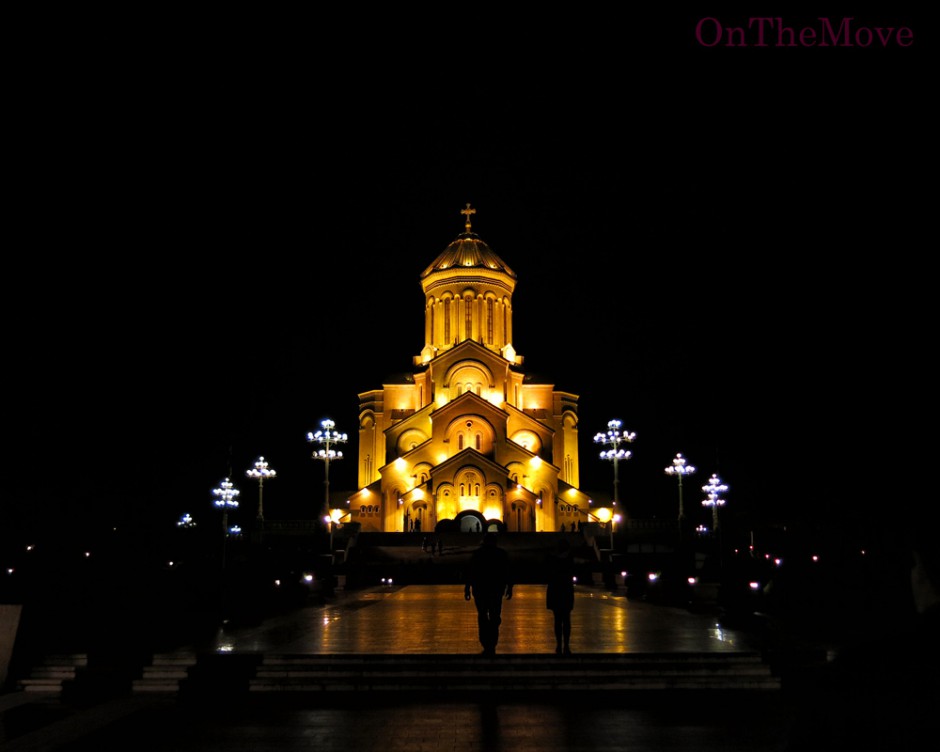 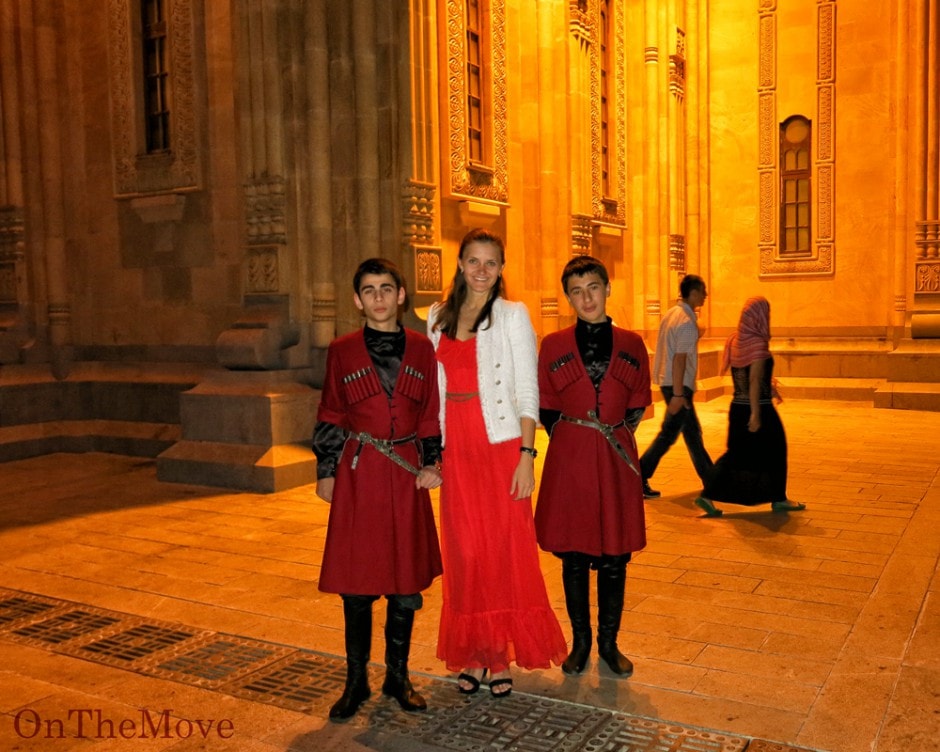 On the way back we went on another bridge, which is closer to the Ministry of Justice, to actually see the construction of a modern building in the form of something like mushrooms. 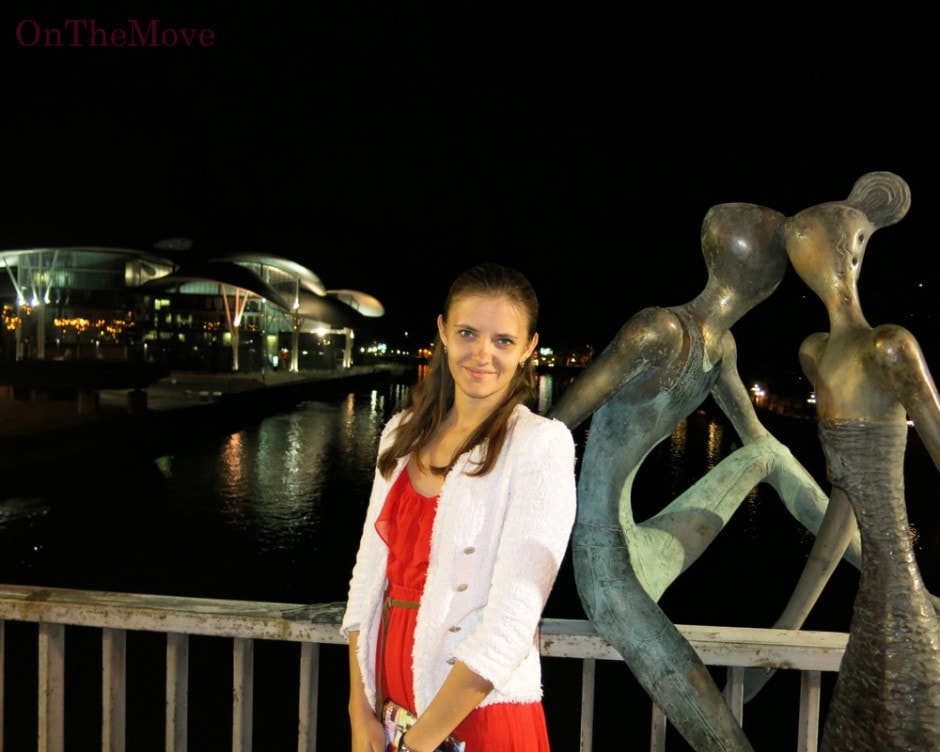 This concluded our busy day and we went to rest and gather strength before the next one.

My location
Get Directions