“Universal studios” is definitely worth visiting at least once in a lifetime! This is something unbelievable. Emotions, which you experience there are difficult to experience somewhere else. So much adrenaline in one day! You are in a state of ecstasy! It’s cool – cool – cool!!! Yes, yes – we are all children at heart. 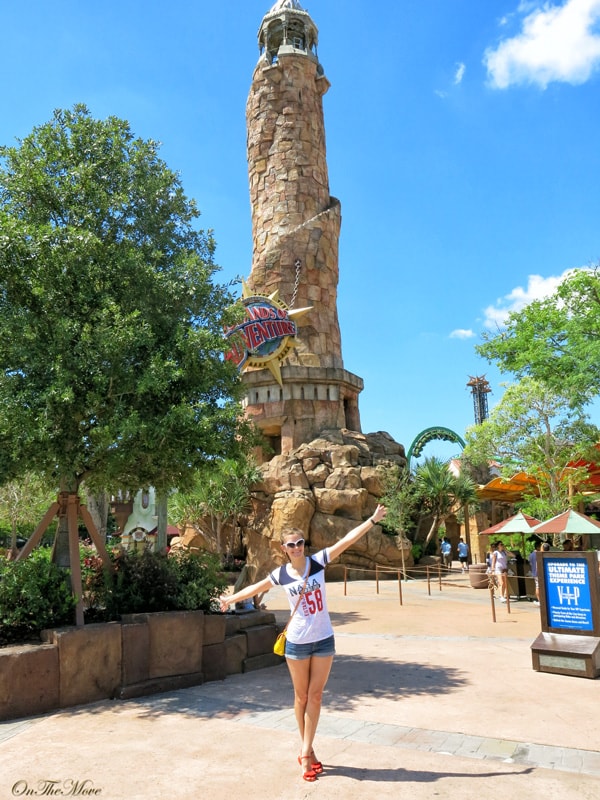 The park itself is divided into two parts: “Island of Adventure” and “Universal Studios”. We went to the one that was closest to us. It turned out to be the “Island of Adventure”. This park is more ‘adult’, meaning the rides are scarier there. We have bought Express passes, so as not to stand in line, and were gone for the emotion. 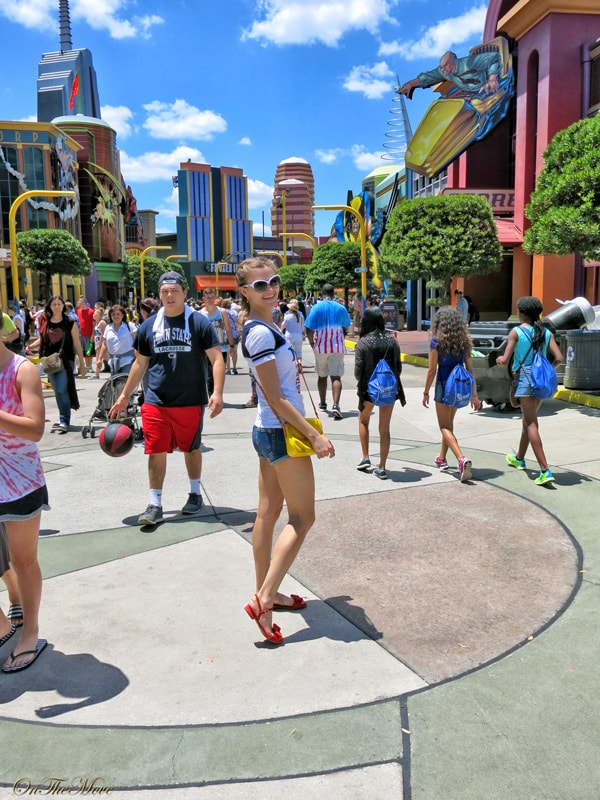 As soon as we entered the park, we saw the attraction “The Hulk.” Even without thinking about how it would be scary or dangerous, we went there. Ahh !!! Emotions overwhelm, adrenaline rolls over, we scream with voices not of our own. Yahoo !!! 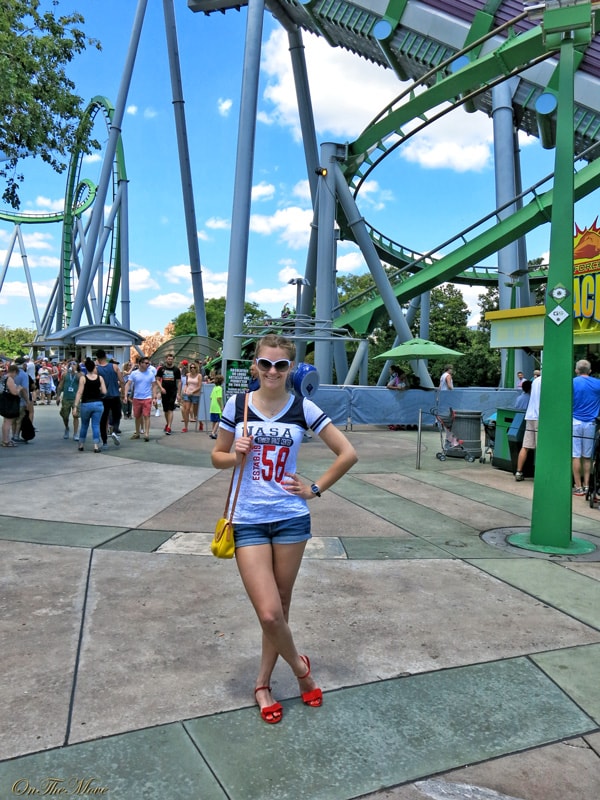 Our eyes burn. We immediately run to the next attraction – “Terrible Fall.” With wild speed we were ascended and then just thrown down. Breathless, we were flying and could not even squeak. Emotions go wild, we run on. 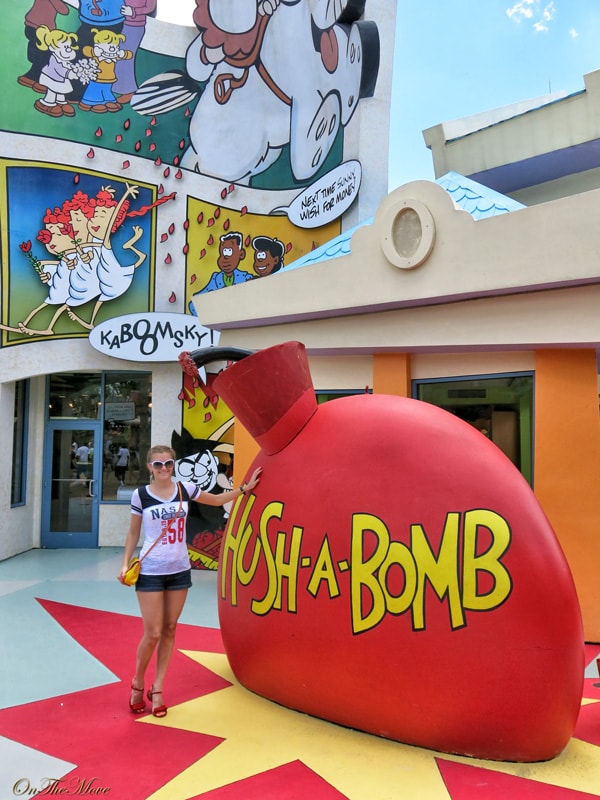 We don’t even look at the signs with titles of attractions, but only in those where it says “Express Pass” (quick entry) we go. “Spiderman” was next.  This was a simulation. You seem to be flying over New York, and you are being attacked by all sorts of bad guys. Well, in short, we came out, caught our breaths and went on. 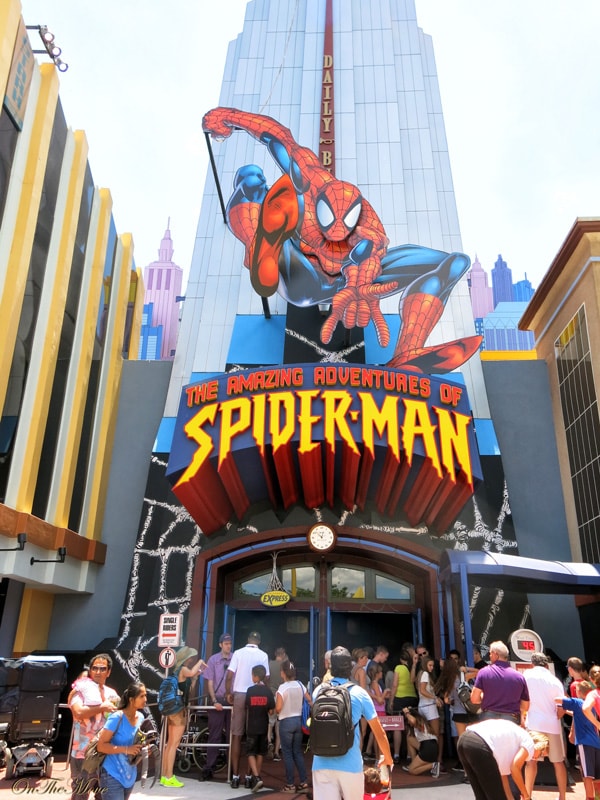 And that’s when we got screwed. In the truest sense of the word. Filled with emotions (since we did not look at the signs) we pass the line and then – bang: we were in a round boat for 10 people. We look at the people – dressed in raincoats, they hide their slippers and other stuff under the oilcloth. In short, I managed to follow their example, took off slippers, and threw my purse under the oilcloth. And then it started … The first steepest descent – and we are just all wet throughout. We are still trying to somehow miraculously not to get wet, but to no avail. We came out of the boat as wet as ground squirrels. Makeup drips, I squeeze the hair, cloths are simply stuck to me. On a bright side, I was not in a white T-shirt 🙂 since that would be one heck of a show. Trying to dry, we just moved on further. The weather was perfect, the sun shined, but damn – we were thoroughly wet … In general, we tried to get dry the best we could. 🙂

And then, we reached Harry Potter. This section of the park is believed to be the most famous and cool. And no wonder! Once we got there, it immediately appeared as if we were in another city. Improvisation of snow on the houses, while the air temperature is about 30 degrees Celsius, makes a positive impression. A roller coaster! They are unrealistically steep there!!! 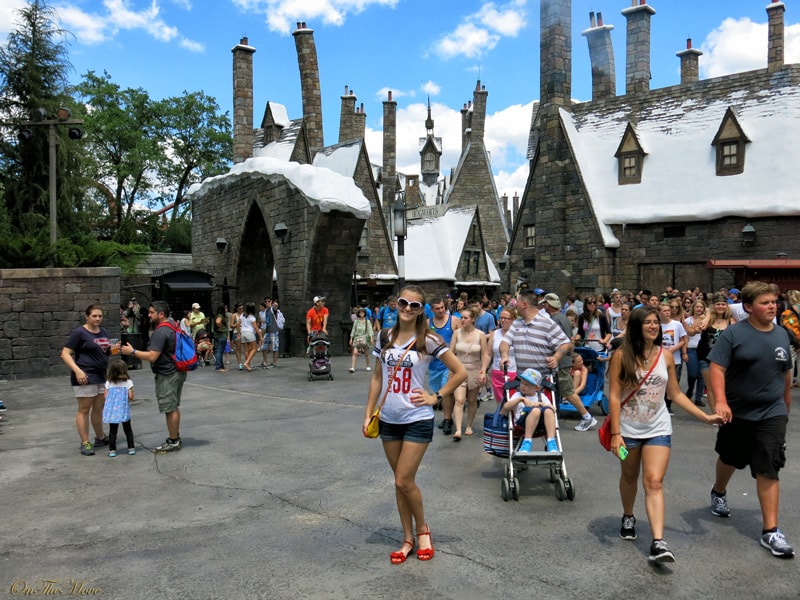 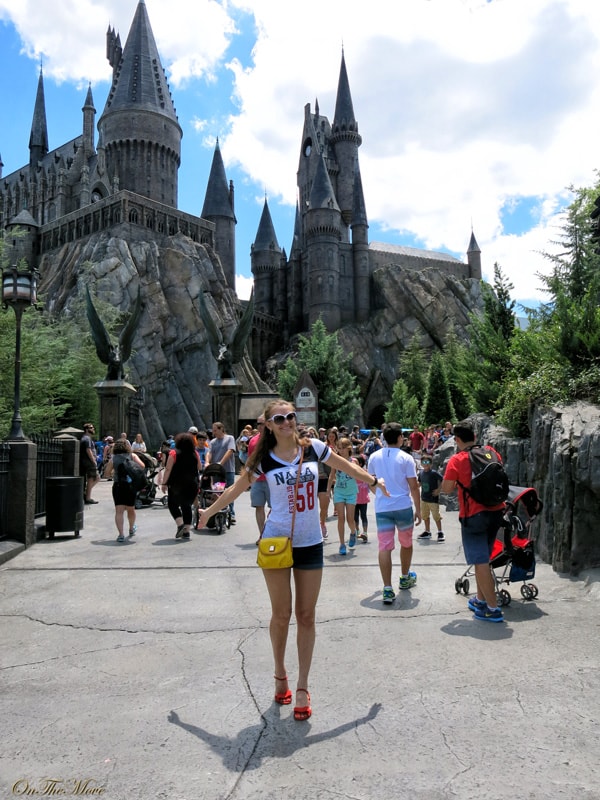 All in all, wherever we went, we received a charge of emotions, which would be enough for the year ahead. But we wanted to be charged to the full! So after seeing representation of Poseidon (I will not detail it, because nothing interesting happened there, except that we have passed through the tunnel, where you are kind of in a funnel of water), we took the train and went to the second park “Universal Studios”. 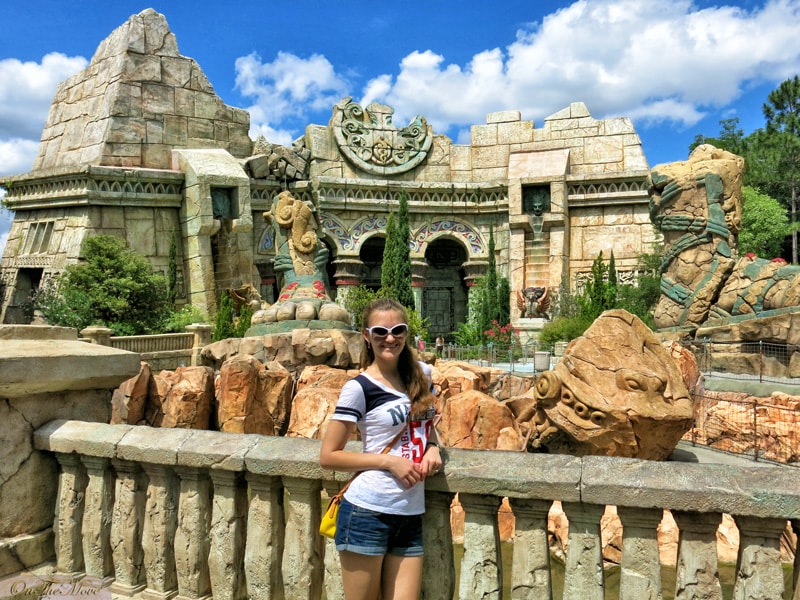 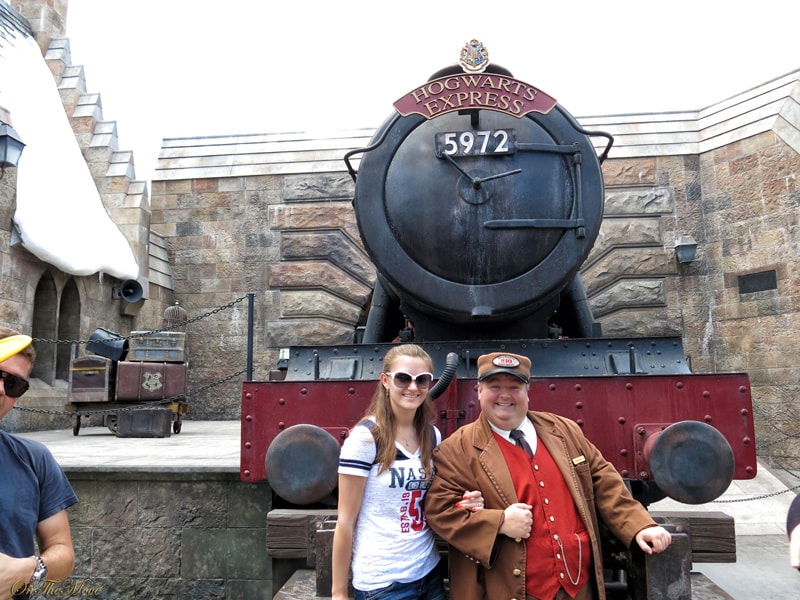 A ride on a train is also an attraction. You go in the compartment, but instead of windows, there are screens in which you are shown how you got into the story of “Harry Potter”, watching the characters and sights from the movie. This is so cool!!! And when we arrived at the ‘station’ of another park we found ourselves in San Francisco with elements of London. 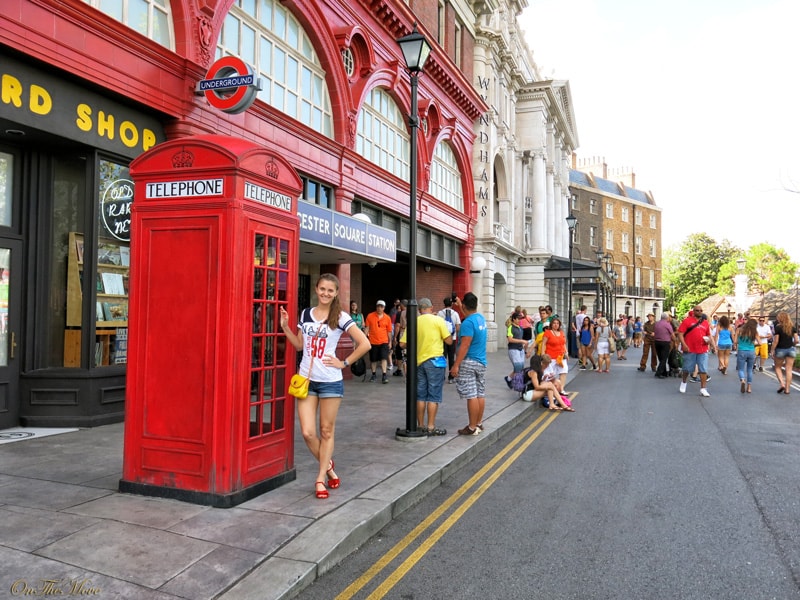 Wasting no time, we ran inside the first pavilion. It was a ride “Disaster”. That was, however, a place where we squandered precious time without much pleasure. They showed us how to make disaster movies, but we were bored. 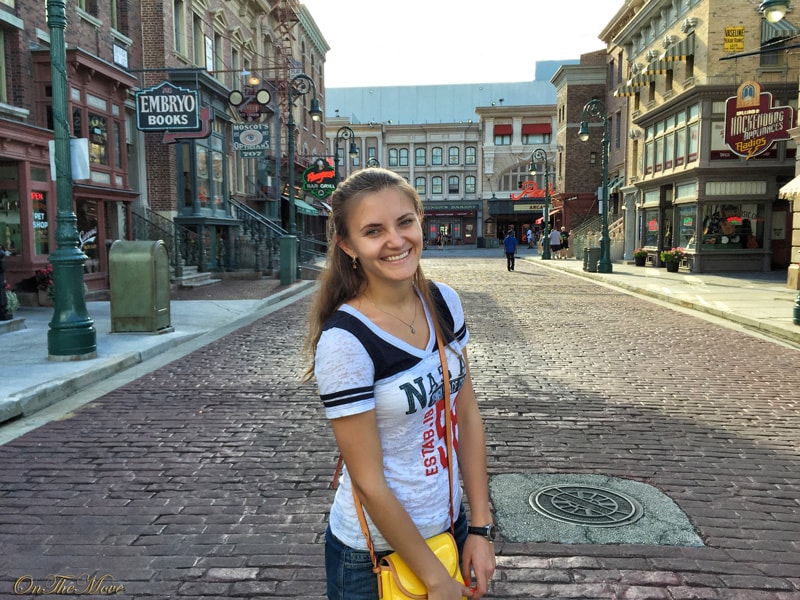 An hour before closing we managed to get on the simulation similar to the “Spider-Man” (which I have already mentioned). Only it was “Transformers,” which is the best among the simulations, in our opinion! 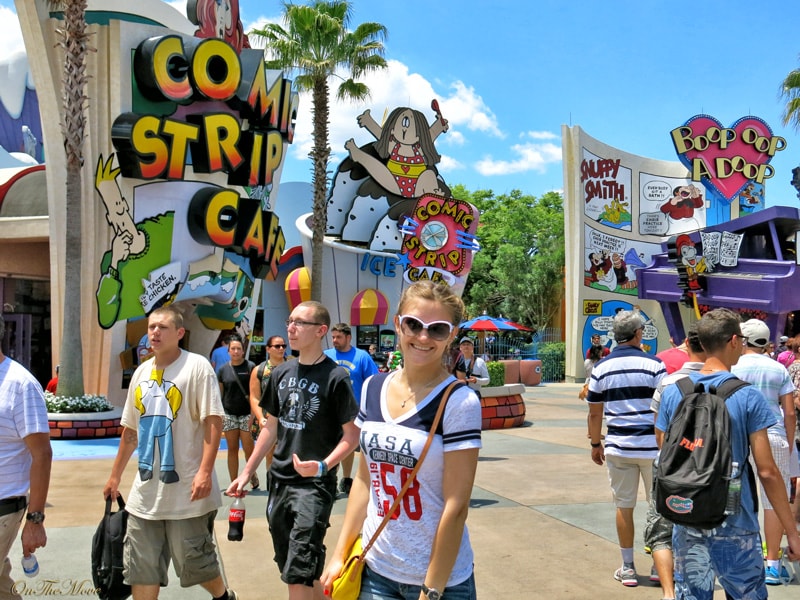 After that, I’ve had enough of emotions and declined an offer to take on the steepest ride, which picks you up 90 degrees and throws down with the incredible speed. But Andrew overcame it with great pleasure. 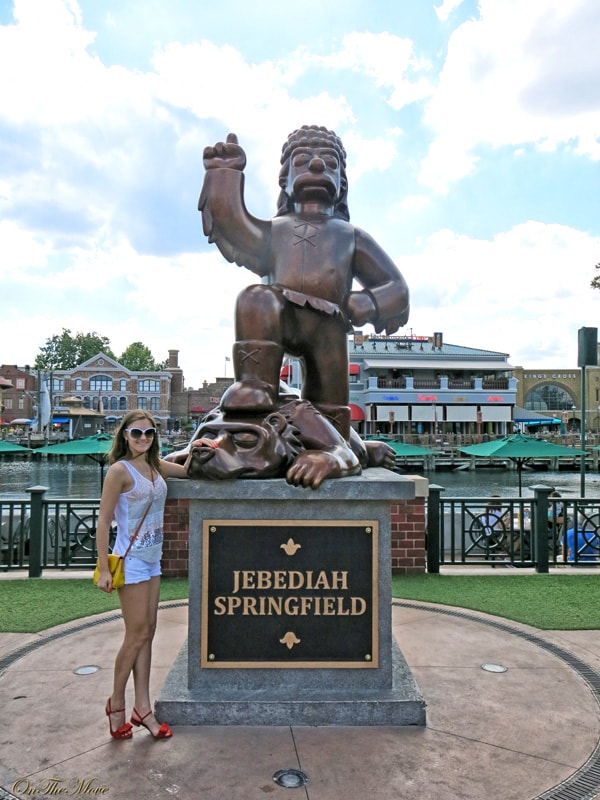 There were four minutes remaining until the closing of the park when we made it to the presentation of 4D movie “Shrek.” That was so sweet and kind that we came out with a frozen smiles. 😉 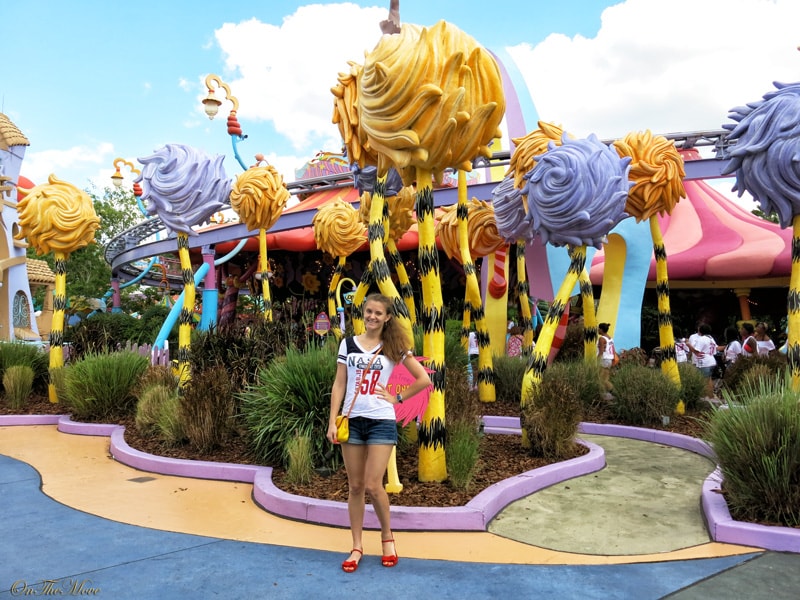 For dinner we went to the biggest “Hard Rock Cafe” in the world. And it was great! Besides eating and drinking, we also danced and sang there. 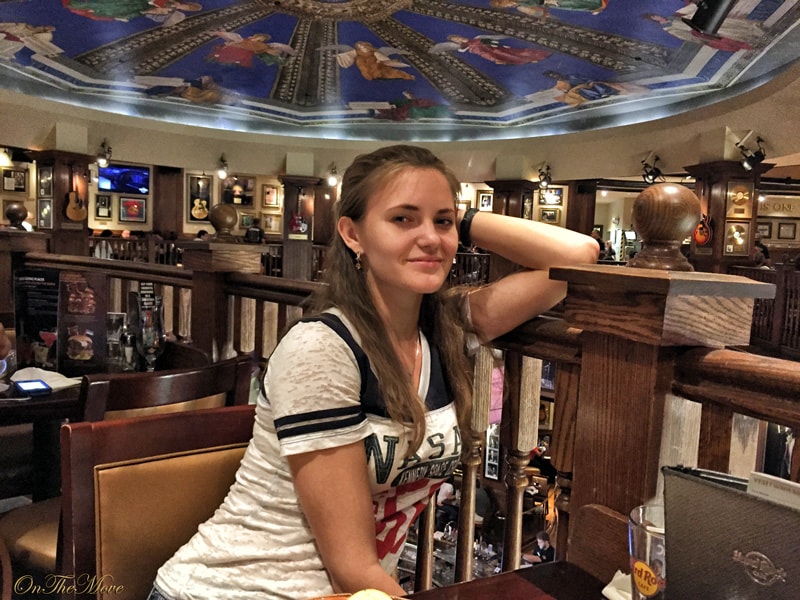 On our way to the parking lot, we saw the word “Karaoke”. Well, since we have already had some singing during dinner, we decided that Orlando had to learn about our talents. Andrew ‘broke’ the stage and pleased the audience with performance of “Metallica”, after which I ‘made’ the dance floor. Satisfied and happy we got into a taxi and drove to the hotel.

In the morning, of course, it was very difficult to get up, but our second day in “Universal Studios” awaited us.

Get Directions
Posted on 10 May 2015 by Max Thistler in Travel @en, USA @en0 comments
Tagged as adventure island, America, attractions of Orlando, better park in Orlando, cool, entertainment, express pass, fun, hard rock cafe, hulk, is it necessary an express pass to Universal Studios, Islands of Adventure, must visit, orlando, roller coasters, spiderman, the Hulk, the United States, Universal studios, usa, what to see in Orlando, you should visit