Today I want to tell you about one of the happiest days of my life.

It was a wonderful sunny day. My friends and I got into a minibus in Vienna and went to Bratislava. Even though it does not sound like “the best day” from the movies, but everything was still ahead. It is clear that all of us have seen the movie “Eurotrip” and anticipated from Bratislava something special. If someone forgot – here is a little excerpt from the film. 🙂

Minibus stopped near the bus station, and we realized that the scenes from the film are starting to pop up before your eyes. But due to the fact that some of us have read that there will be a parade near the residence of the President of the Slovak Republic (Grassalkovich Palace), we accelerated and went there. Of course, there was no parade, but the architectural building and the area immediately in front of it forced out of my head all the “terrible” scenes from the film, and we went and enjoyed the great weather and the beauty of Bratislava. 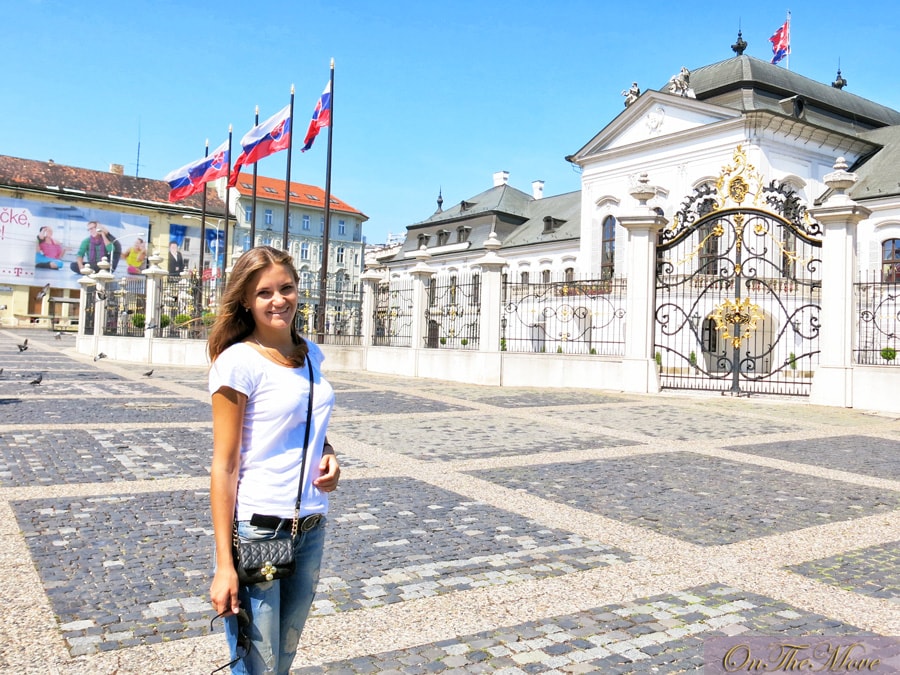 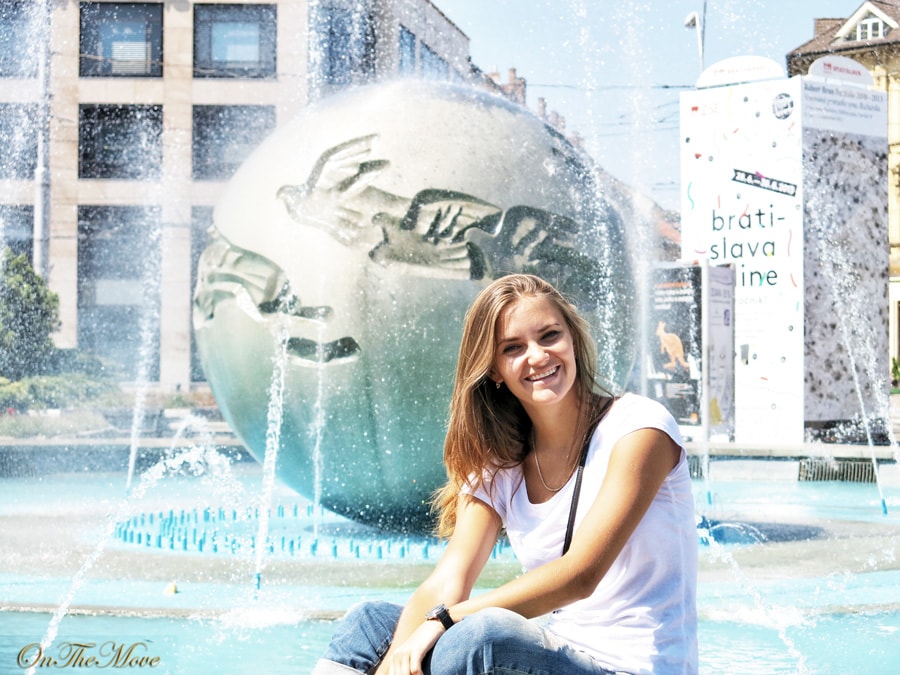 Like real tourists, we had a map of the city, but, of course, no one knew what attractions are worth a visit Bratislava. Sitting down at the first restaurant, we started to study the map and realized that Bratislava was quite a small city. We have identified the next point, which is worth a visit for all – Bratislava Castle, and went there. 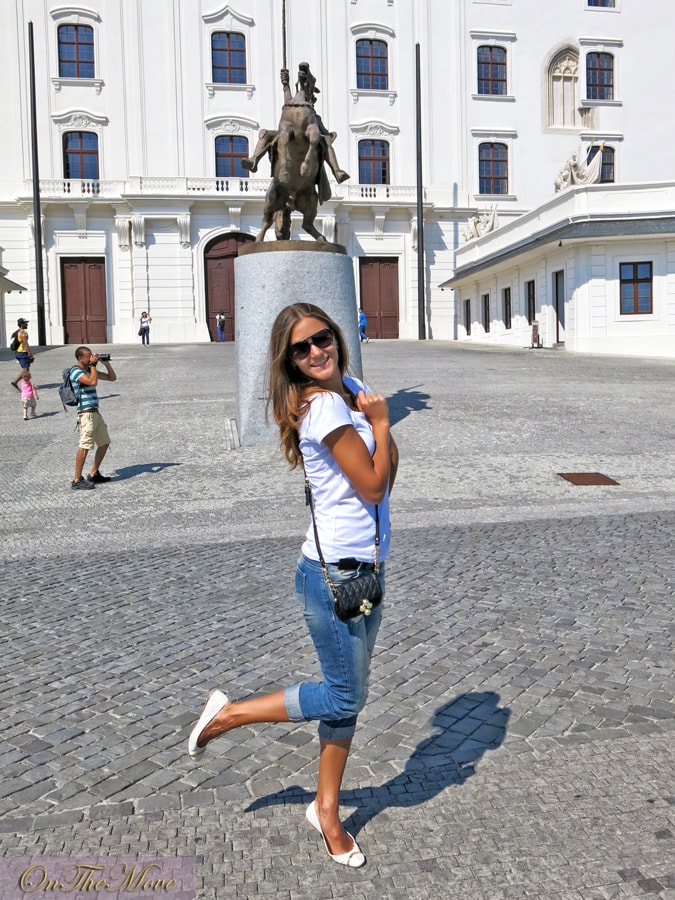 Bratislava Castle is the most important castle in Bratislava. Old writings indicate that it existed in the year 907. Now it serves as a museum. The new extension is the Office of deputies of the People’s Council of the Slovak Republic. 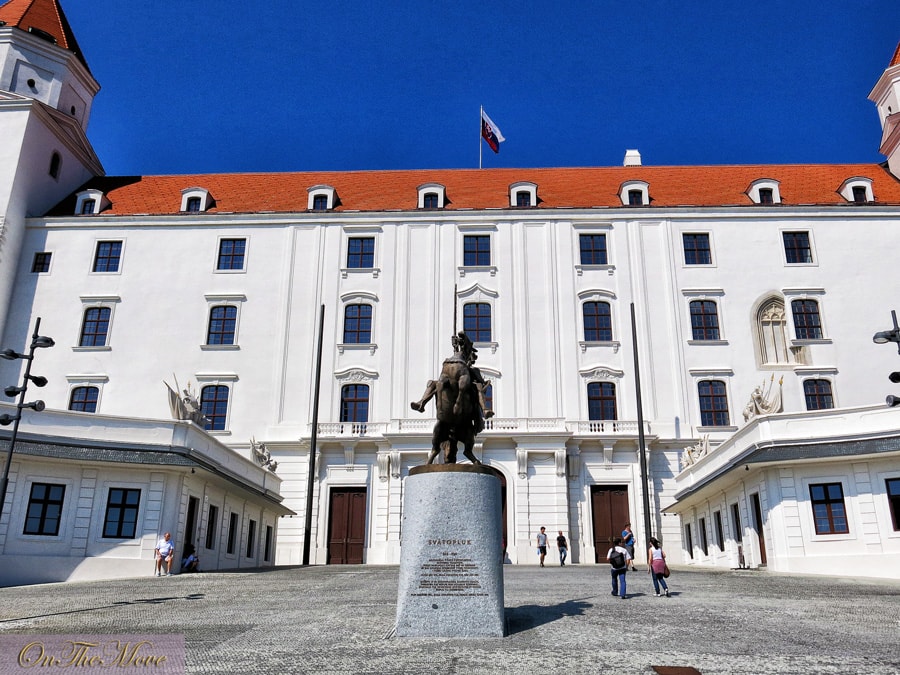 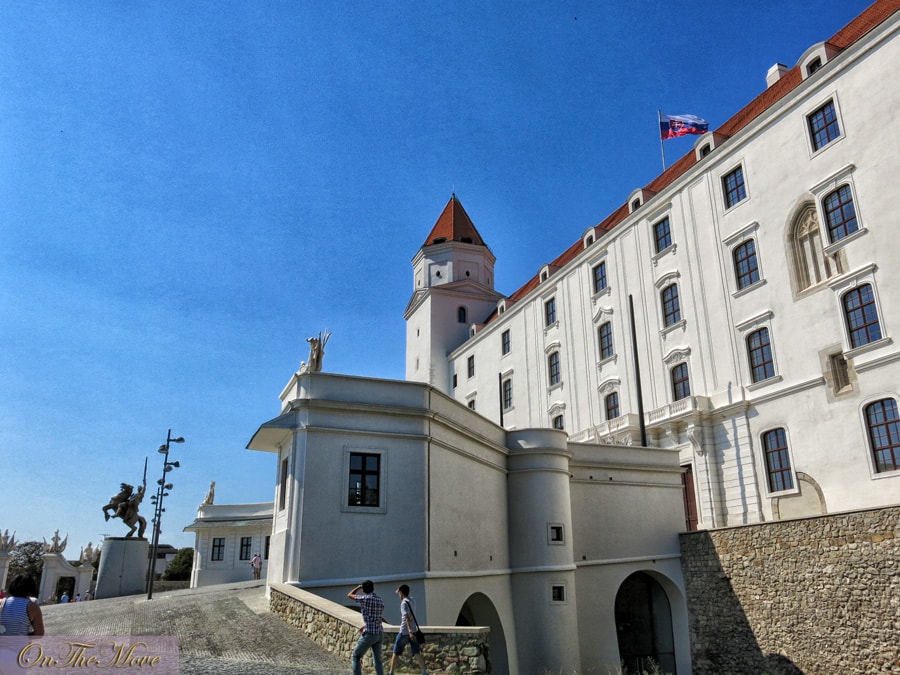 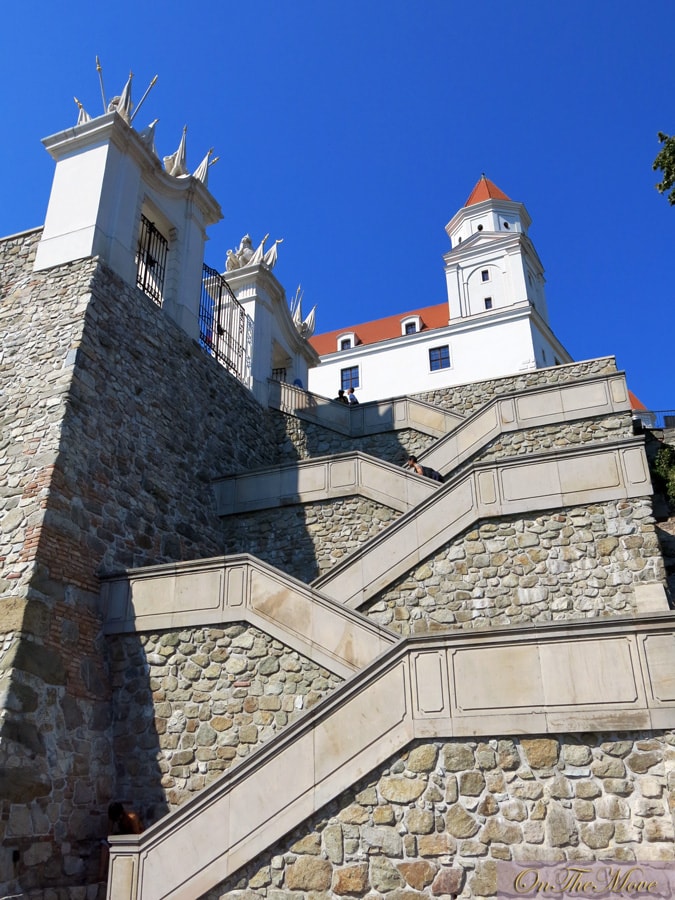 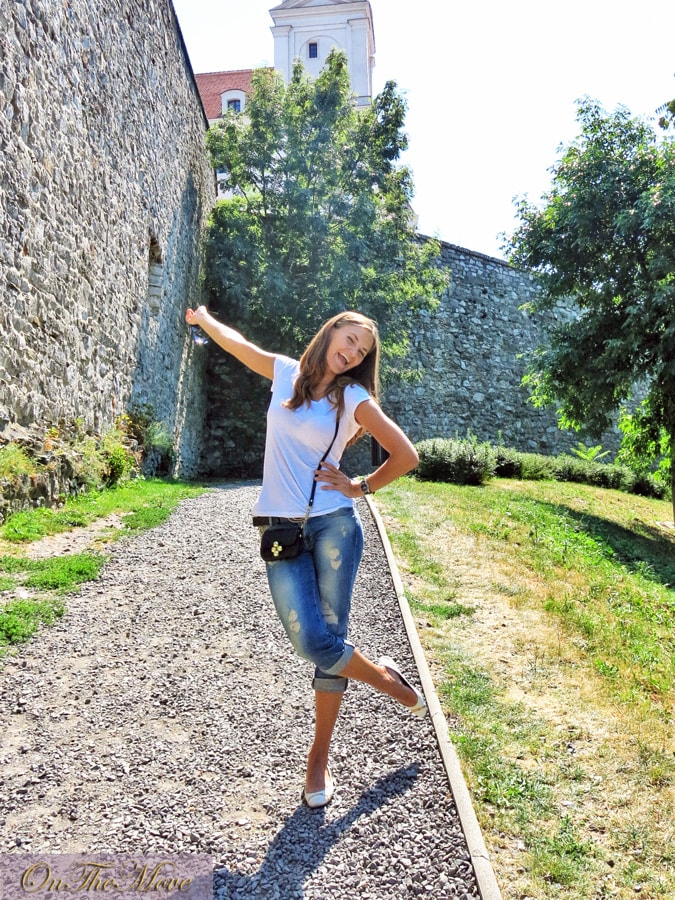 To see this old building, to lie beside it on the grass and – as they say – the deal is done. 🙂 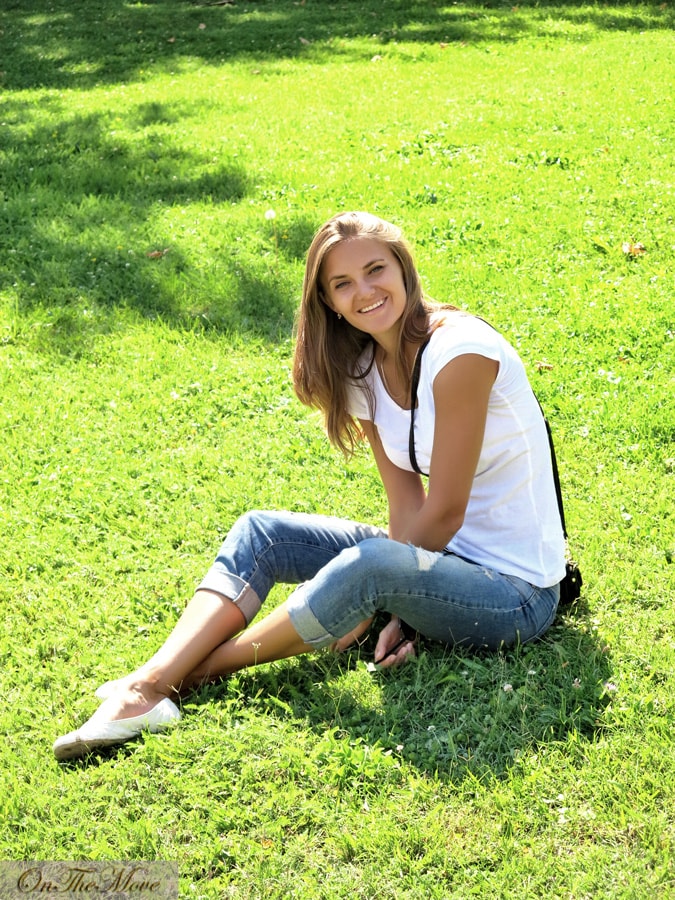 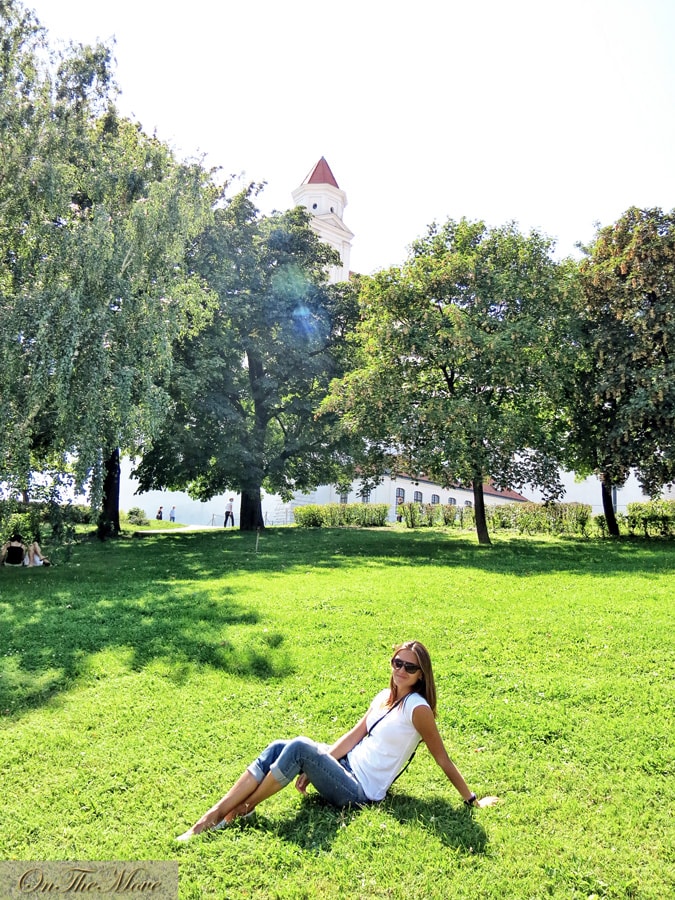 Also from there, opens a wonderful view of the city and the bridge “SNP”. It is the only bridge in Bratislava that has no support in the mainstream of the Dniester River, and is considered the largest in the city. 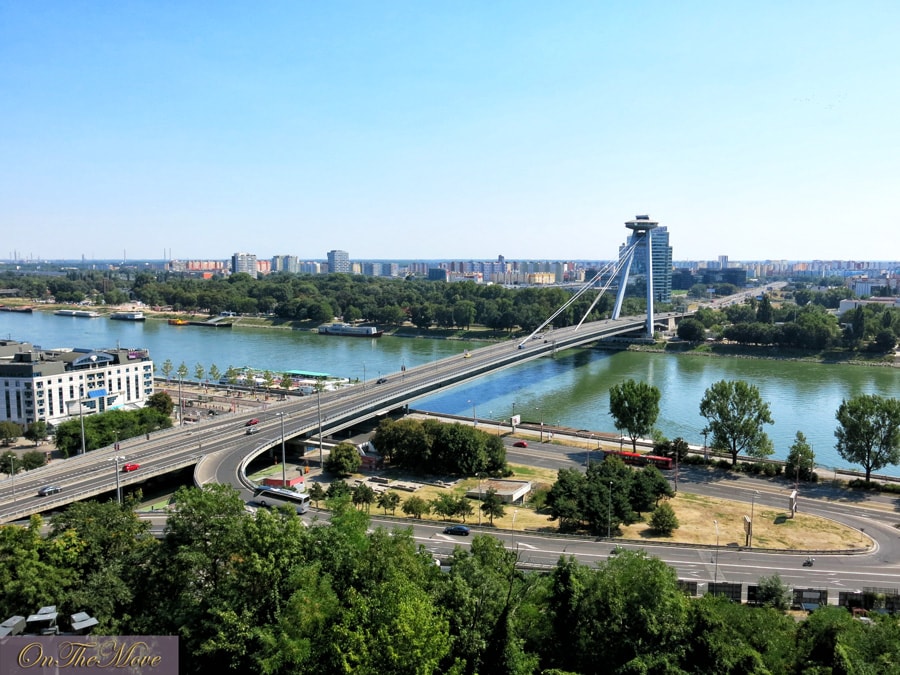 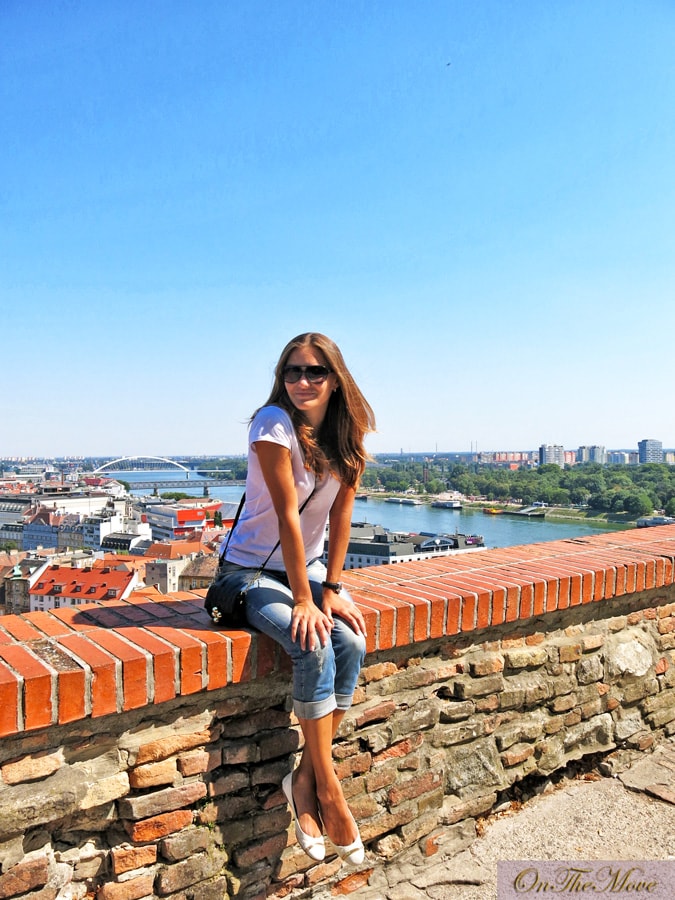 Then we went to St. Michael’s Gate. It is considered the only surviving structure from the Middle Ages in Bratislava. Near this historic building is the street where there are many cafes and souvenir shops. This little street reminded me very much of Italy. 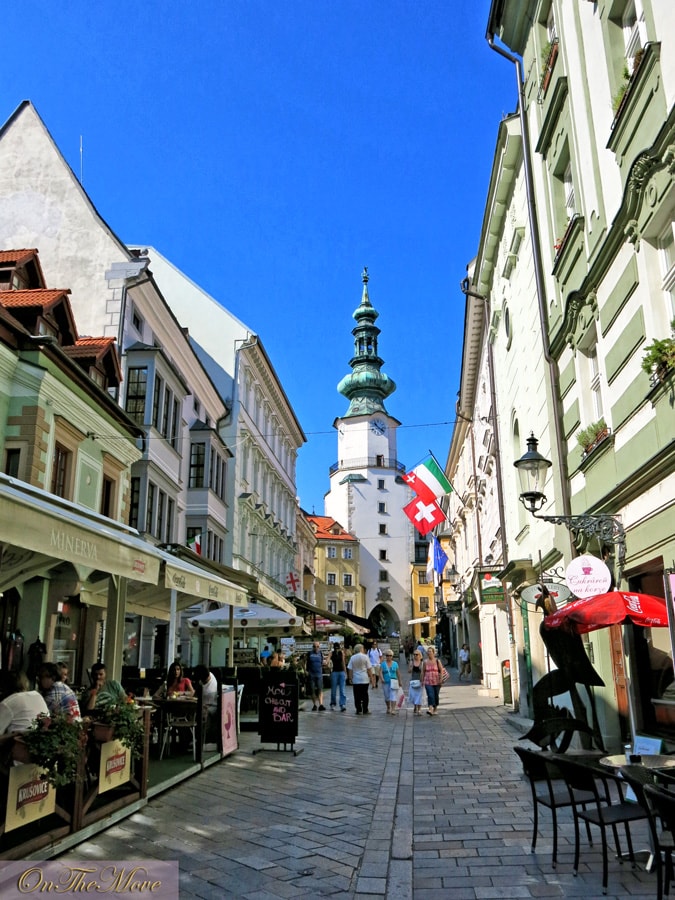 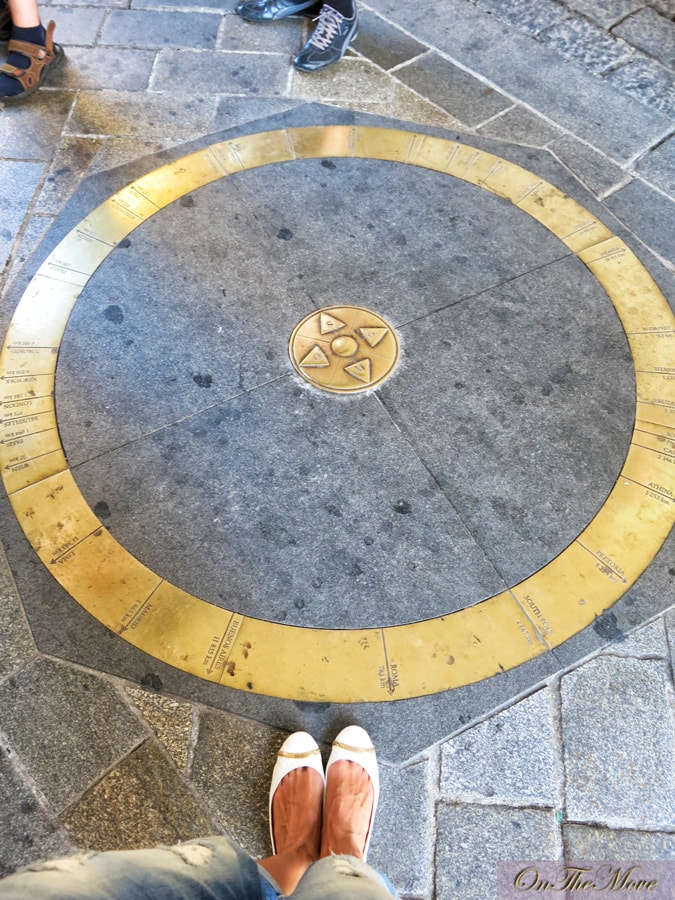 Then, of course, we got a bit lost, and found ourselves near the Archbishop’s Palace, the building which is one of the best samples of classical architecture in Slovakia. Currently, the palace is the Municipality of Bratislava. This is what I call – getting lost well. 🙂 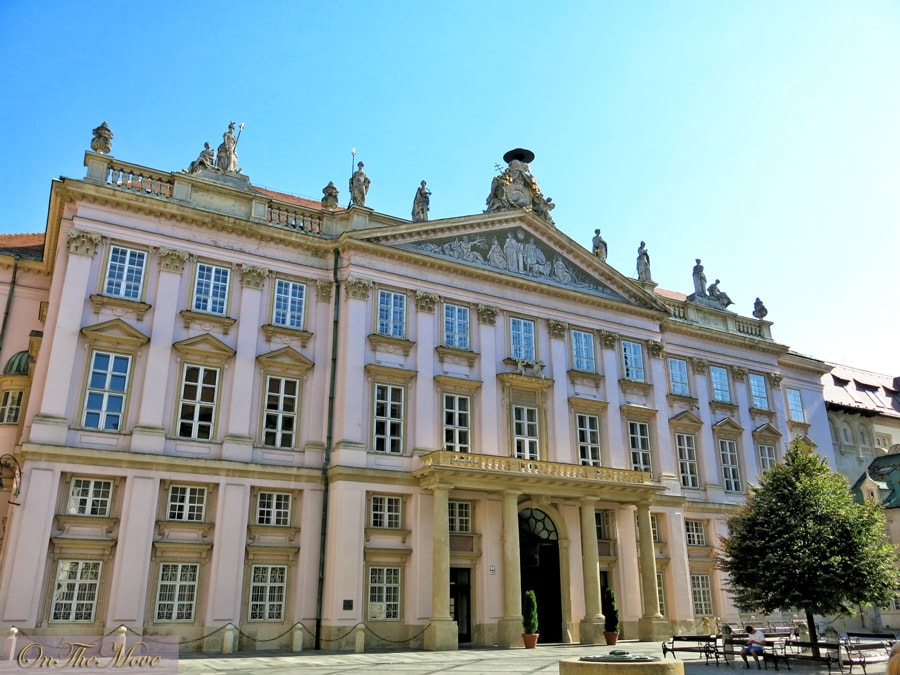 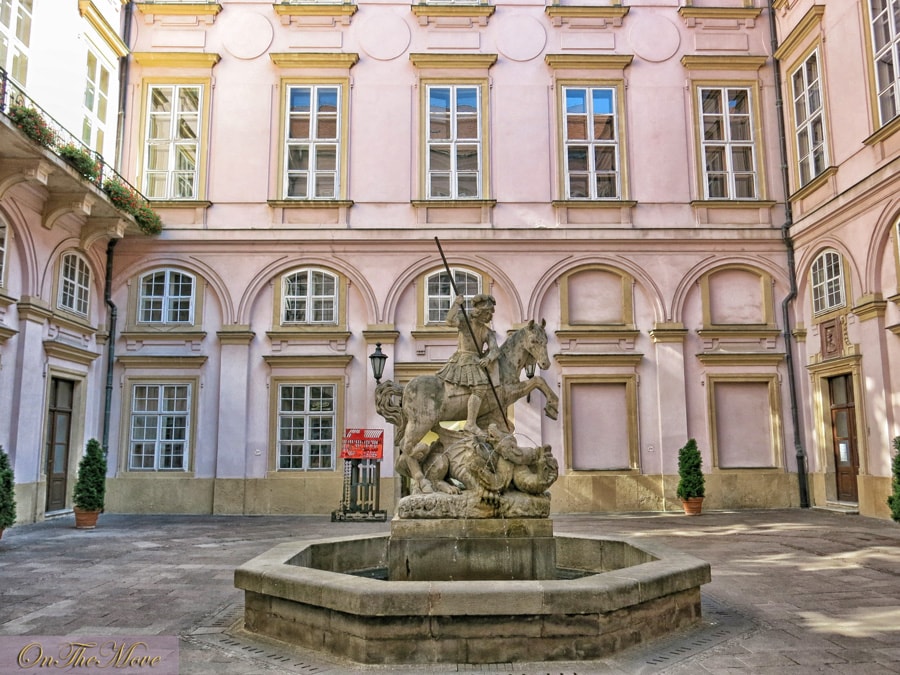 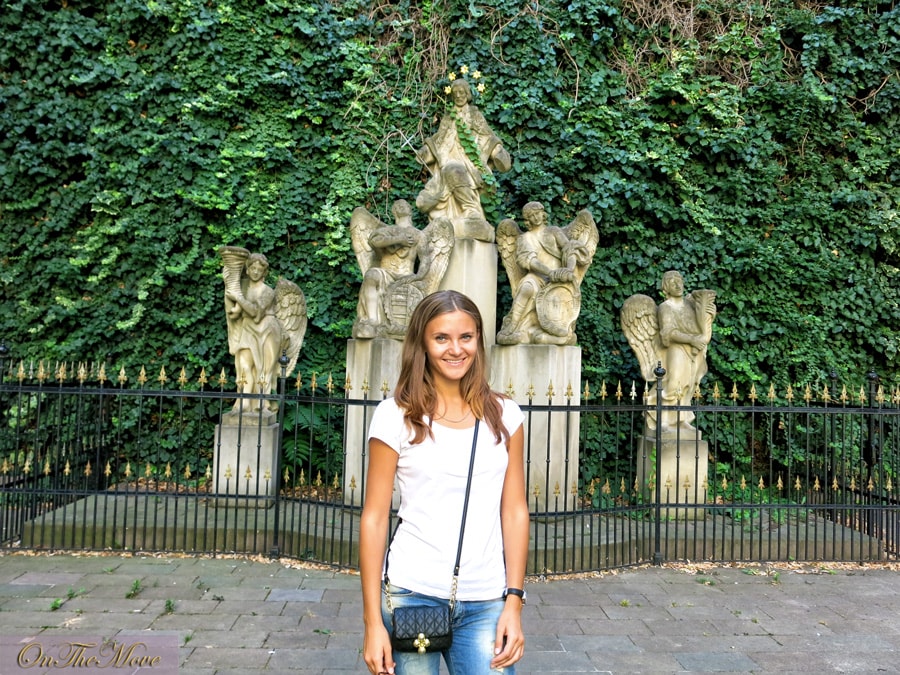 Walking in the old town of Bratislava is a pure pleasure. 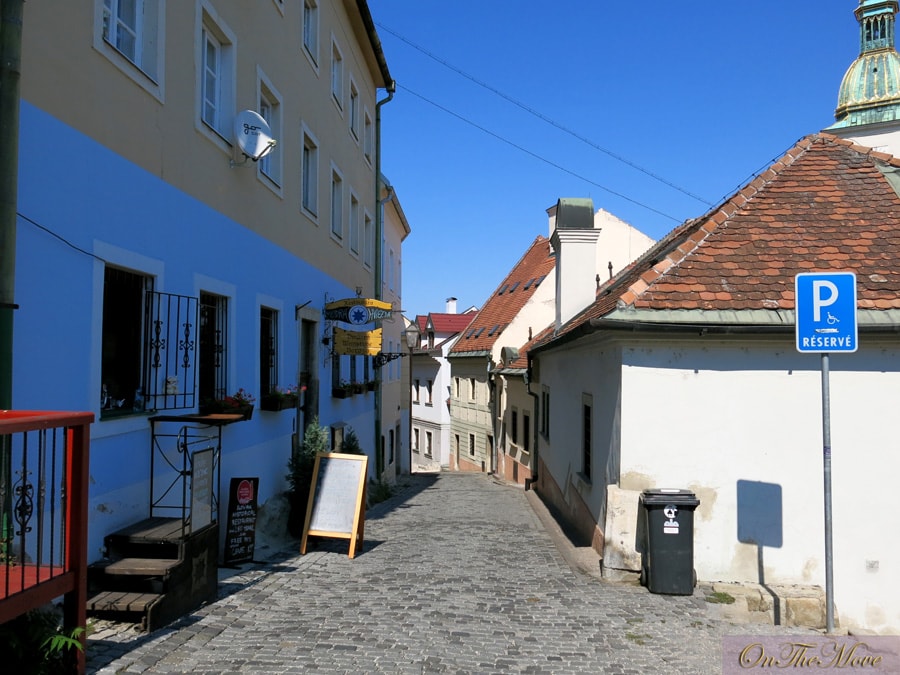 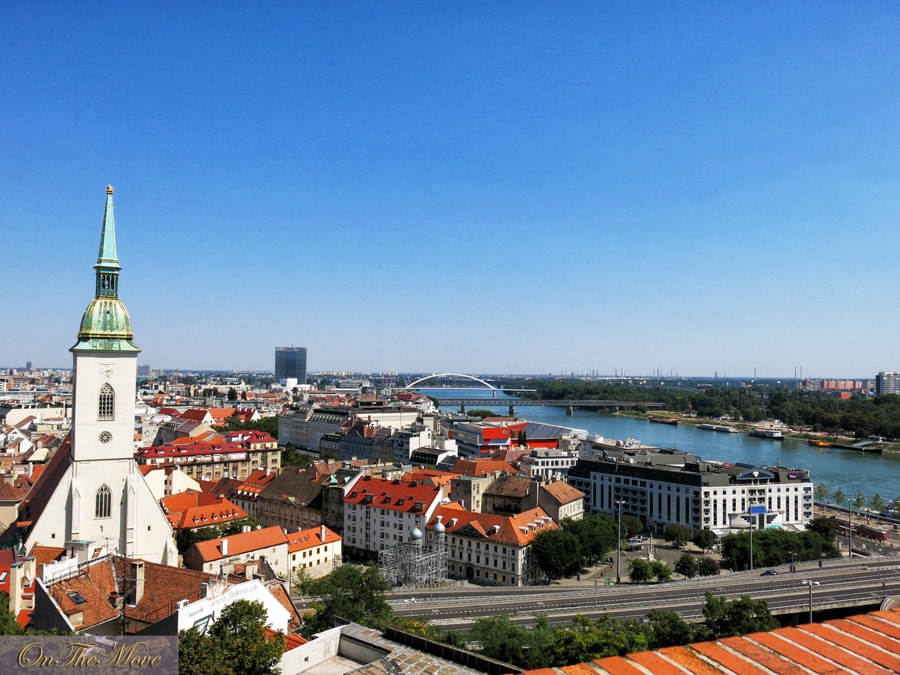 Musicians playing on the streets, clowns performing presentations and people walking happy throughout. It all leaves an indescribable impression. And sculpture, located at almost every turn, as if alive, attract with their beauty. 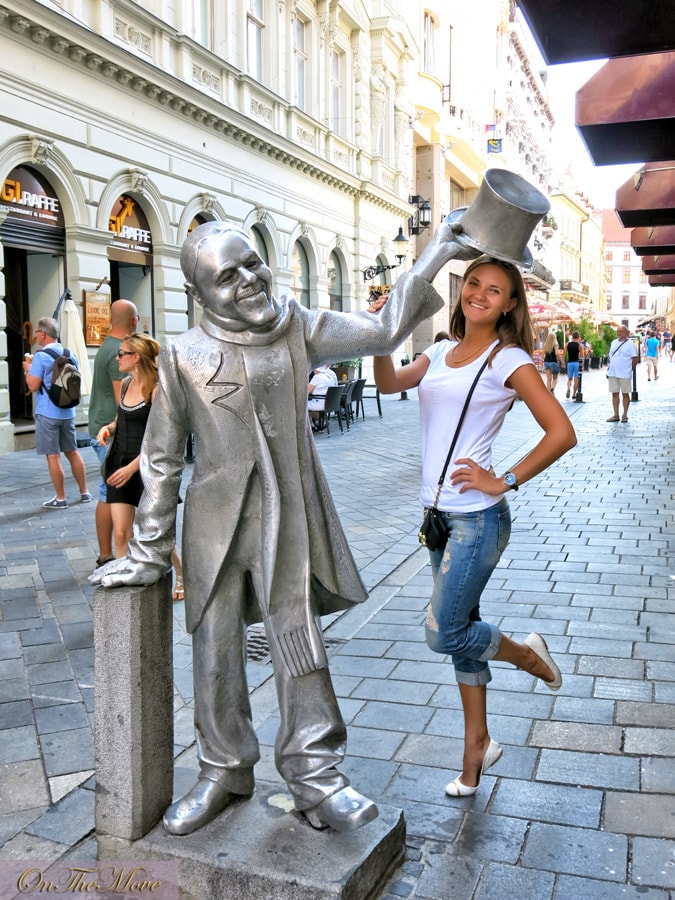 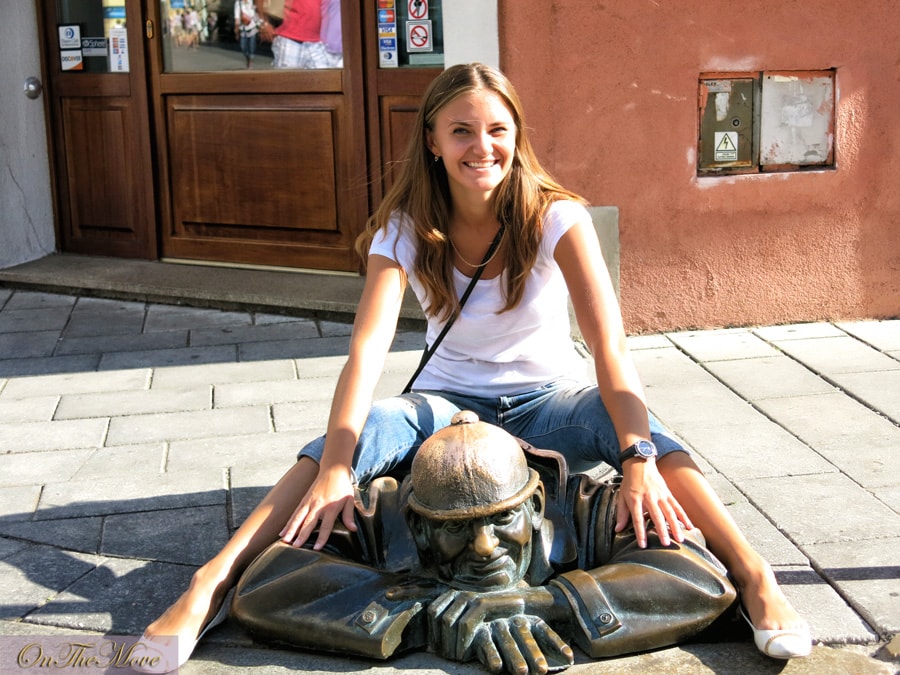 Further, we reached the city’s main square with its beautiful fountain Roland. In the XVI century, the Hungarian King Maximilian II ordered the construction of this fountain to provide water to the city. In honor of this, a monument to Maximilian is located on a fountain, and in the literature you can find the name of the fountain as “Fountain of Maximilian II». Near the fountain, there always are lot of people, apparently it is the main place for appointments and meetings. 🙂 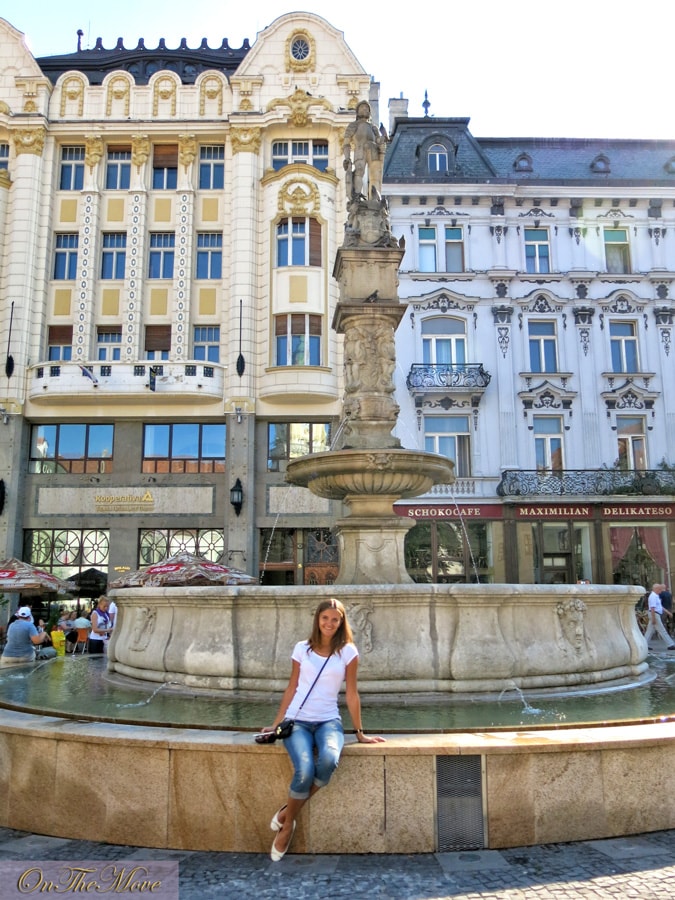 When you cross a small square, you can see the old town hall and the “imported market”, where you can buy different souvenirs from Slovakia. And by the way, there is free wi-fi in this area. This is for those dependent on the Internet like me. 🙂 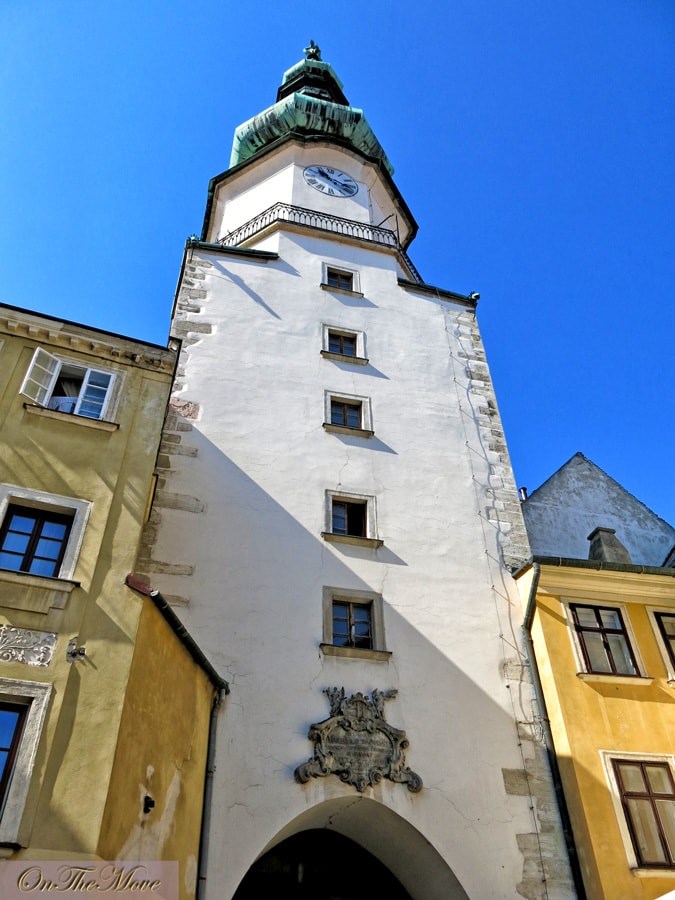 On our way to the bus station we passed a historic building of the Slovak National Theatre, but there is also a new building, which was built in 2007. 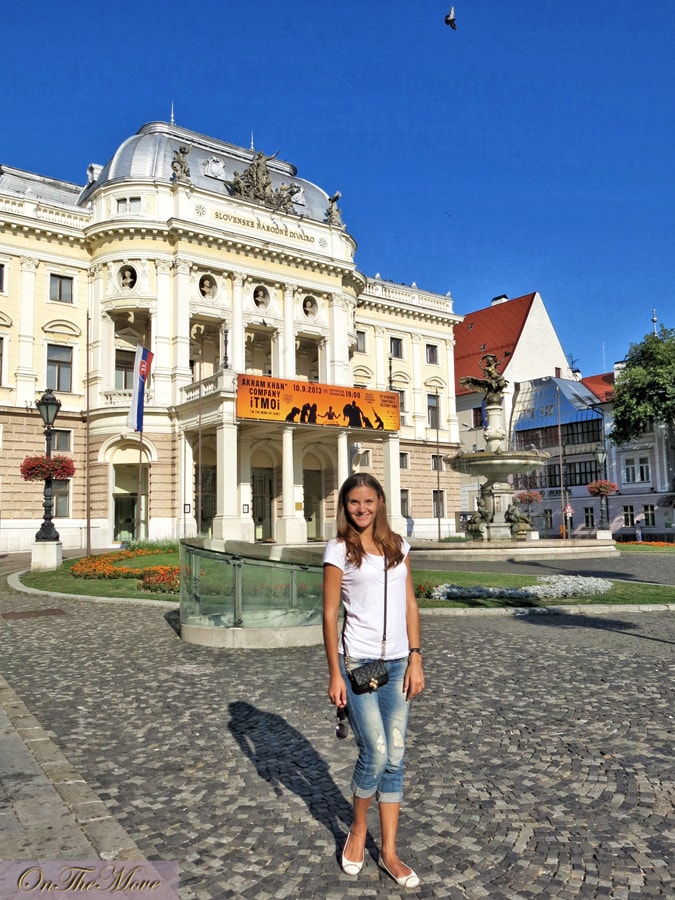 A beautiful alley leads from the theater to the Promenade, where various sculptures are located as well as outdoor chess, which the Slovaks and guests of the capital love to play very much. 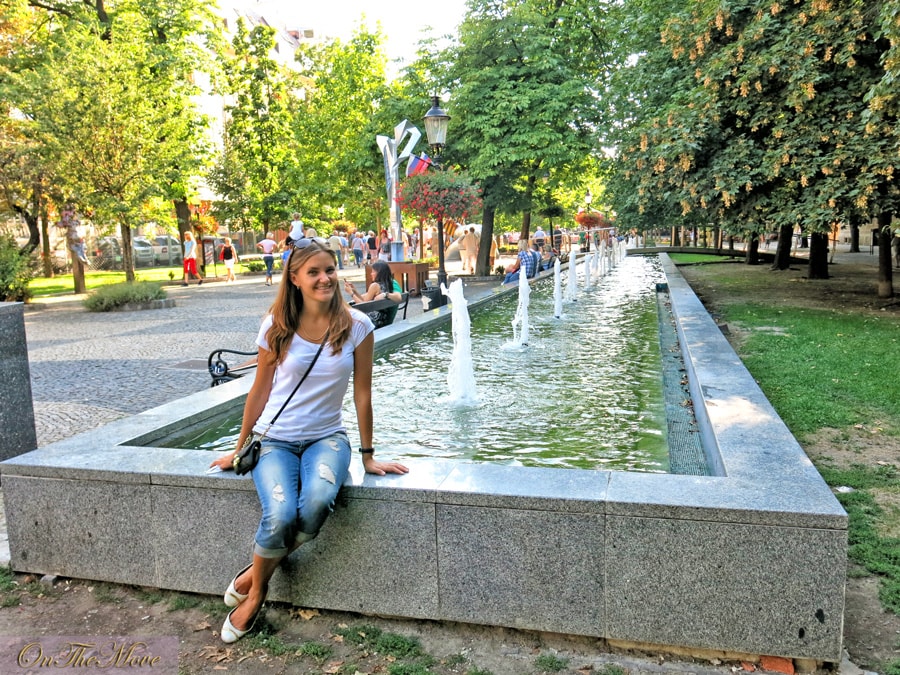 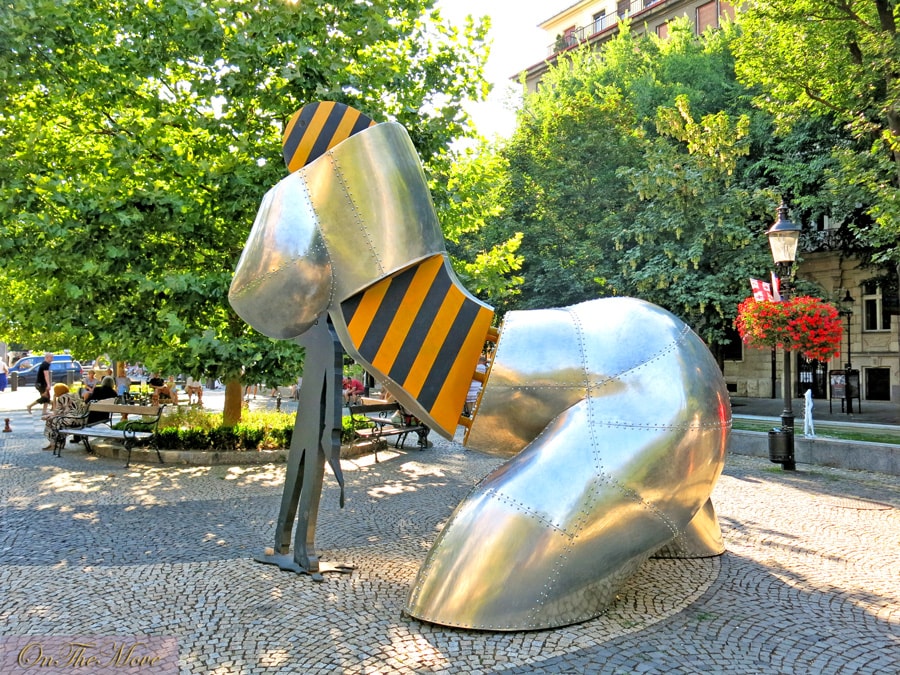 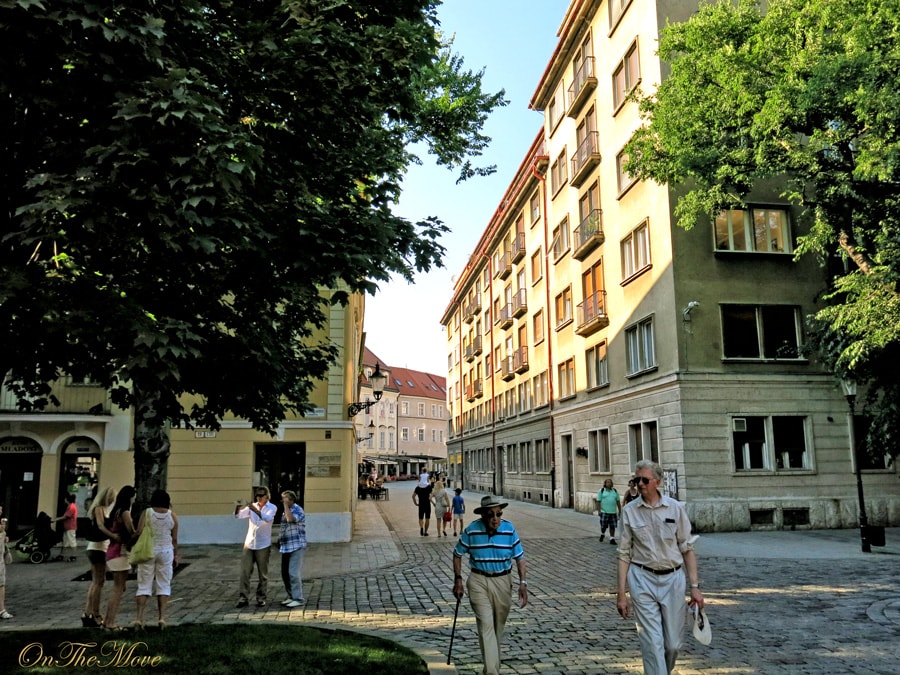 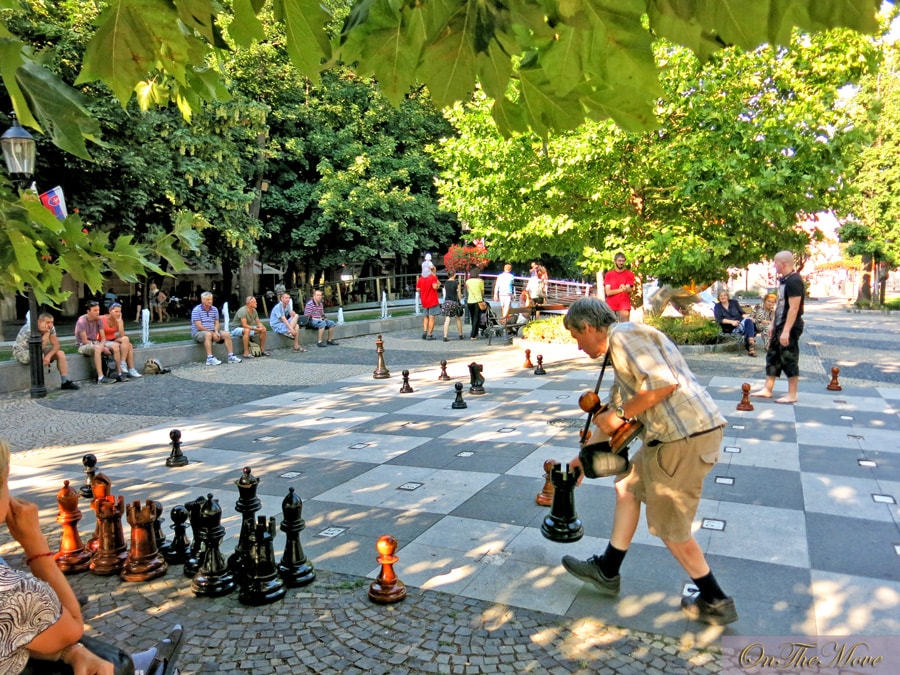 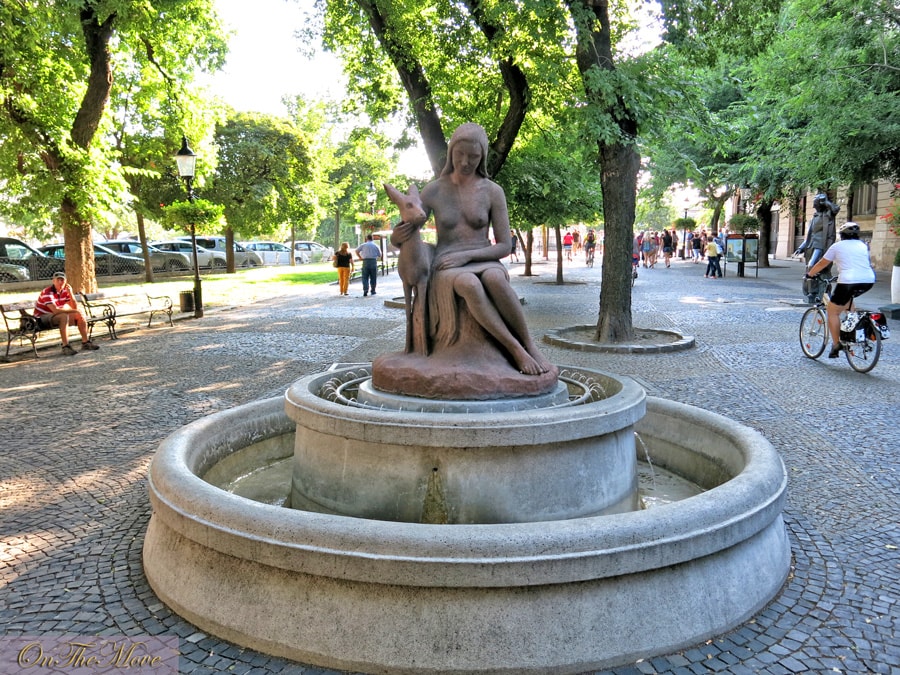 Wrapping up our trip with a walk on the beautiful promenade, we went to the bus station and back to Vienna. 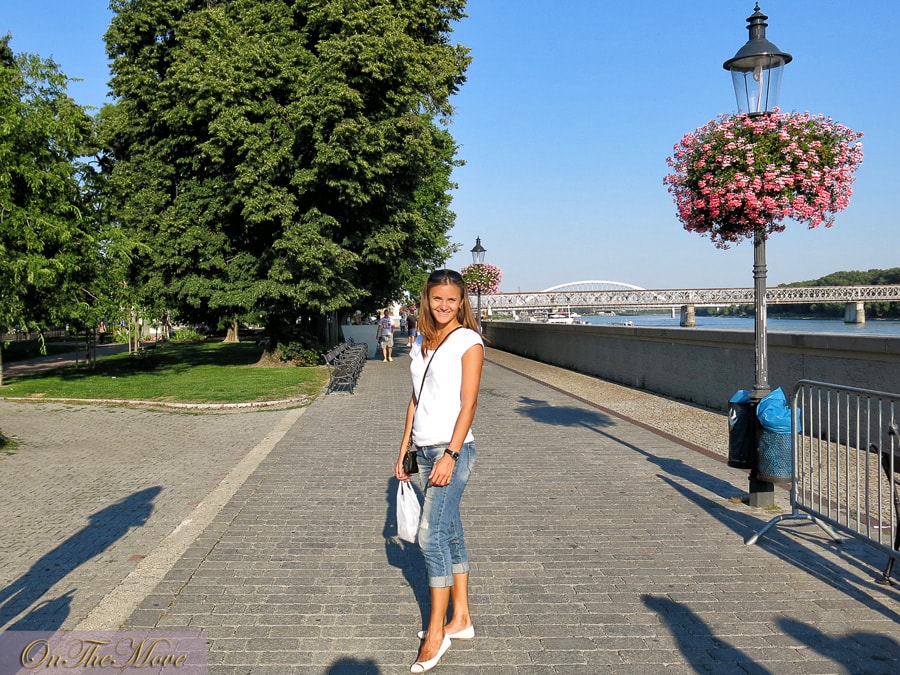 Perhaps you wonder: “But why that day was so memorable for me?” Honestly, I don’t have the exact answer to this question. But that’s where I was really happy, which made this day one of the best days of my life.

P.S. My friends, I am grateful to everyone for this wonderful trip! I really miss you! 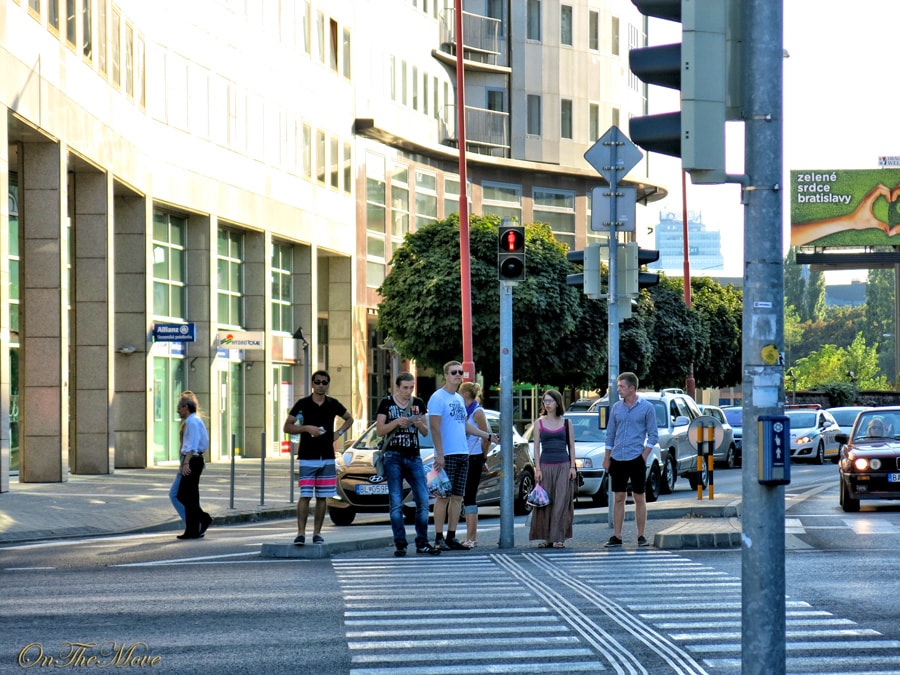